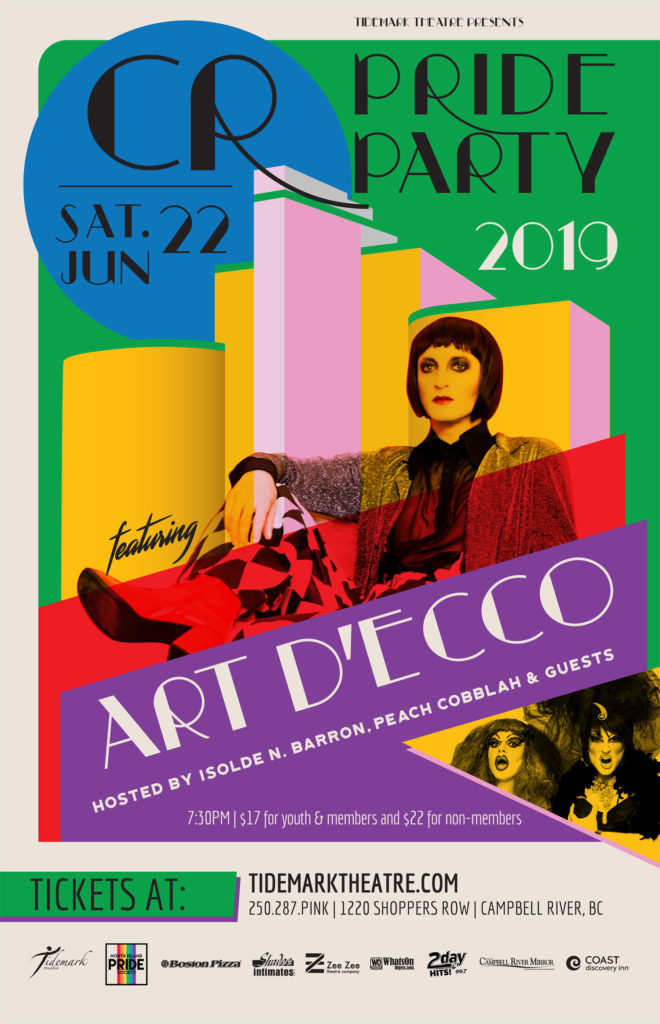 The Queen of East Van, Isolde N. Barron, is back alongside her Baddest B!&@h, Peach Cobblah, to host a fresh new Pride Party for Campbell River, featuring the gender-bending glam rock of Art d’Ecco!

Art d’Ecco is an enigma: an unapologetic, inclusive rock and roll mystic in a wig and lipstick.

When d’Ecco moved into his grandmother’s cottage on one of the islands, he hadn’t planned on creating a new project. But, as it often does, circumstance charted his course. His grandmother, living with Alzheimer’s, suffered a related phenomenon called ‘sundowning,’ which triggers increased agitation and anxiety around sunset. “The only way to calm this lady down was to sit down at the piano,” says d’Ecco. He would play “Bohemian Rhapsody,” passing it off as Beethoven. After she was relocated, d’Ecco remained in the empty house where he had played as a child. Draped in memory, he gravitated toward the piano, spending the long, lonesome, quiet nights on the bench before the instrument. This is where Art d’Ecco was created.

He relocated to a new cottage, built a studio and barricaded himself with copies of Deerhunter’s Cryptograms, Bowie’s Low, and choice krautrock records. In this solitude, d’Ecco would chase tones for hours. The result is a richly-realized confluence of the ferocious spark of those trailblazers and a distinct sadness, with d’Ecco as mad scientist, stitching together these delicious fragments and animating them.