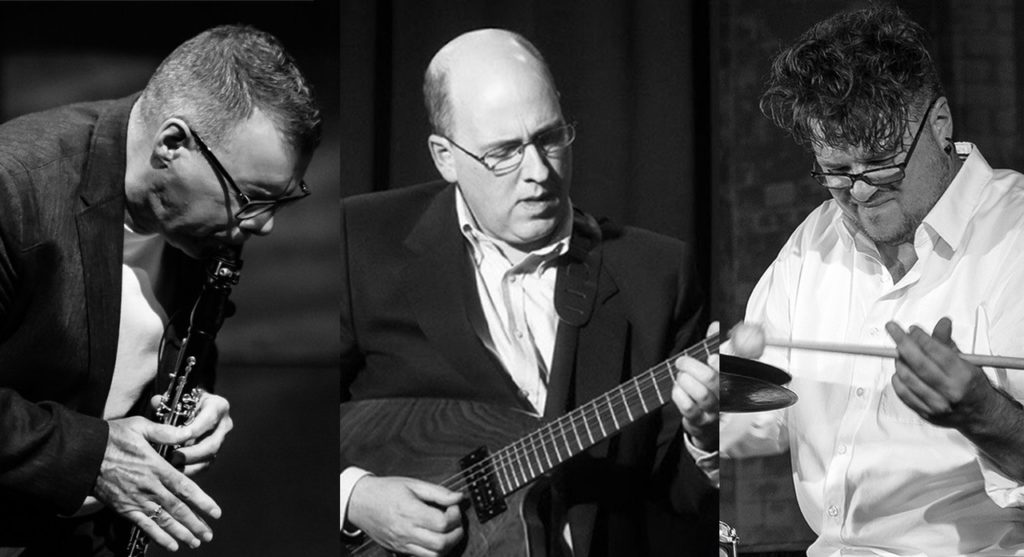 Highway 19 Entertainment presents a night of improvisational jazz with three of Canada’s most skillful and imaginative players.

Clarinetist François Houle has established himself as one of today’s most inventive musicians, in all of the diverse musical spheres he embraces. Inspired by collaborations with the world’s top musical innovators such as Dave Douglas, Joëlle Léandre, and Evan parker to name just a few, François has developed a unique improvisational language, virtuosic and rich with sonic embellishment and technical extensions. He has released over twenty recordings as a leader, earning multiple Juno Award and West Coast Music Award nominations.

Dr. Jared Burrows is a guitarist, composer, and educator whose music draws on jazz, free improvisation, and from the traditional musics of many cultures. He leads his own ensembles, participates in many other bands around Vancouver, and teaches at Capilano University.

Drummer and percussionist Joe Sorbara has spent nearly two decades developing a reputation as an imaginative and dedicated performer, composer, improviser, organizer, and educator throughout the extraordinary creative music communities in Toronto. His basic drum setup is regularly augmented with found and prepared materials which ensure that the sounds at his ready disposal are practically orchestral in scope. He combines these skills with an extraordinary time-feel that makes him one of the most swinging drummers in Canada when the music demands it of him. He is equally comfortable playing jazz, free improvised music, indie rock, and chamber music; but is most at home when playing them all at the same time.

Tickets: $22 Admission, Under 12 FREE with ticketed adult! (available through the Box Office only) (+applicable taxes & fees)