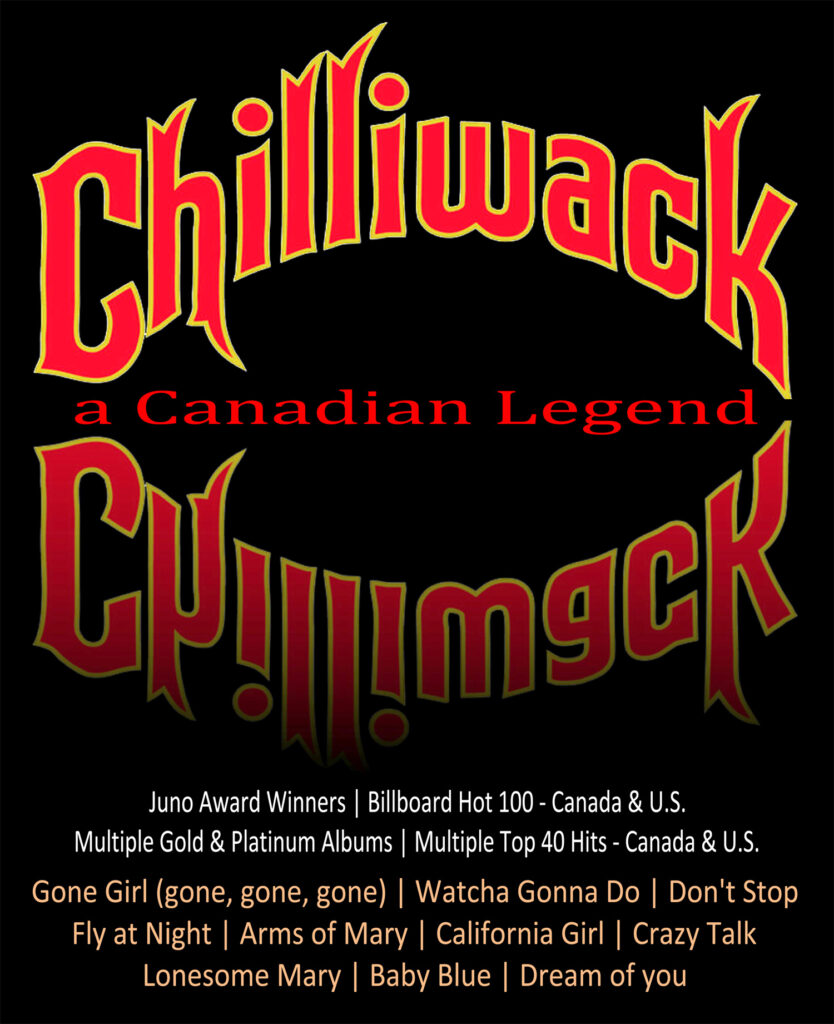 Rising out of the ashes of psychedelia in 1969, Canada’s legendary Chilliwack released 12 albums over a 15 year period producing numerous Canadian and international hits including “Lonesome Mary”, “Fly At Night”, & “California Girl” in the 70’s; and “My Girl (gone gone gone)”, “Whatcha Gonna Do” in the 80’s. All this work led to fifteen gold and platinum certifications, a host of awards, high profile TV appearances and coliseum concert tours. Chilliwack’s reputation for consistently powerful shows continue, and with the live CD THERE AND BACK still winning over new fans and delighting long time ones, Bill Henderson and the band are rocking like never before. Hearing the revitalized Chilliwack of today is like hearing those songs for the first time… all over again.

Victoria BC’s Jesse Roper is magnetic. With an explosive live show, the genuine quality and charisma of his versatile blues sound rooted in soul, rock and country is as approachable as his charm. Quickly gaining momentum, the wheels on Jesse’s faithful van keep turning, chronicling a year of extensive touring and success of becoming a major festival draw.

Since Jesse Roper’s sold out Red Bird album release show in January 2015, Jesse has had a surge of momentum propelling his career forward at a huge rate. This past summer, Jesse was a major festival draw directly supporting artists such as Keith Urban, Lee Brice and Tower of Power at festivals such as Sunfest and Rock the Shores, both with 20,000 person capacity. Earlier in the spring, after touring throughout BC and Alberta, Jesse played direct support for Colin James and Spirit of the West and headed to Kansas City for Folk Alliance International 2015. While also doing extremely well supporting older rock bands like ZZ Top, Steve Earle and Big Wreck. Jesse’s talent and accompany performance has the ability to cross genre’s, making him an unstoppable presence. Jesse Roper also successfully competed in White Rock’s Blues Society Challenge, winning the opportunity to compete in Memphis at the 2016 International Blues Competition.

The nostalgic may appreciate his throw-back vibe akin to Stevie Ray Vaughan and vintage Texas blues, however, Jesse Roper’s music remains current, the organic rawness of his vocals and guitar over shadowing any preconceived stereotypes made of blues musicians. His youthful energy captivates audiences while his knock out live performance blows them away.