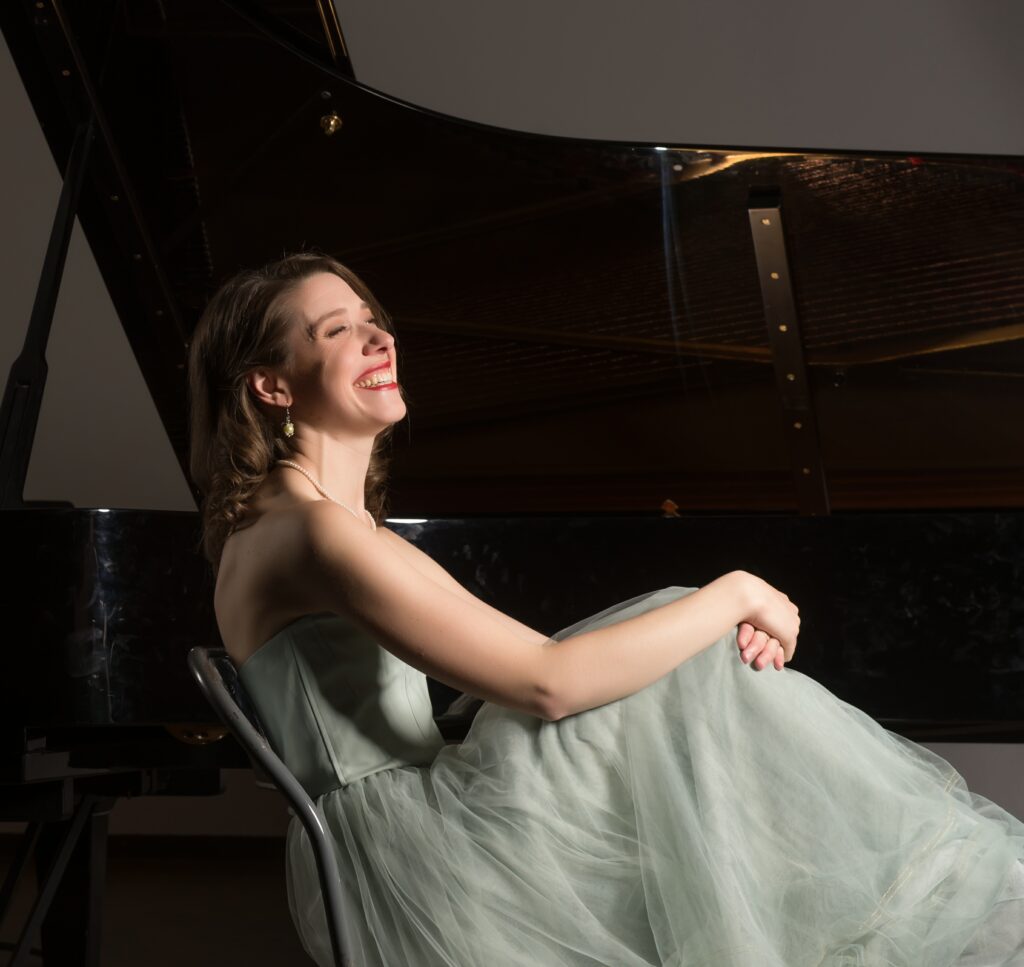 Canadian pianist Sarah Hagen has been heard in concert halls and on the airwaves throughout North America and Europe. Her interpretations have been described as “outstandingly inventive,” performed with “infinite skill.”

A visionary and an idealist, Sarah’s performances are conceptually innovative, involving photography, dance and theatre. She is the Artistic Director for Pro’ject Sound, a performance project involving live piano with large-scale projected images. She curates, hosts, and performs on numerous concert series in BC, sharing the stage with artists from around the world. An avid collaborator, Sarah has performed with cellist Ariel Barnes, violinist Martin Chalifour, tenor Benjamin Butterfield, Trio Accord, Ballet Victoria, the Emily Carr String Quartet, among many others, and has appeared as soloist with the Victoria Symphony under the baton of Mei-Ann Chen, the Kitchener-Waterloo Symphony conducted by Mark Skazinetsky, and the Symphony Orchestra of the Pacific with conductor Arthur Arnold.

Special guests Keith MacLeod on clarinet, and Jennifer MacLeod on viola will be joining Sarah for this concert.

Keith MacLeod began serious study of the clarinet in Vancouver with Wes Foster and then Ronald De Kant: both outstanding professionals. In 1976 through 1979 Keith studied in Chicago with the legendary Robert Marcellus. Keith has performed across North America as guest soloist with Milwaukee Symphony, Seattle Symphony, Vancouver Symphony as well as the Winnipeg, Calgary and National Arts Centre orchestras among many others. For the past 33 years Keith has been Principal Clarinet with the Victoria Symphony.

Violist Jennifer MacLeod holds a Bachelor of Music Degree from Indiana University and a Master of Music Degree from the University of Victoria.
Jennifer has worked with the Milwaukee Symphony and Ballet as well as the Vancouver Symphony and Opera. She has been a member of the viola sections of the Grand Rapids (Michigan) Symphony and the Calgary Philharmonic. From 1987 – 1993 she was Principal Viola of the Victoria Symphony and for several seasons she performed with the Galiano Ensemble. She has served on the Board of the Greater Victoria Performing Arts Festival and is now the Section Head for Junior Strings. She currently enjoys an active free-lance career, performing as an “extra” for both the Vancouver and Victoria Symphonies.