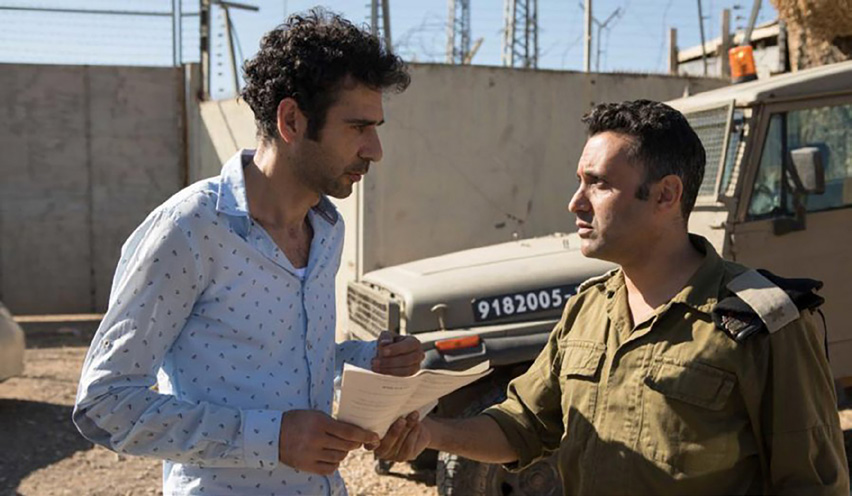 One of the most irreverent cinematic spins on the Israeli–Palestinian conflict, the lat­est from writer-director Sameh Zoabi follows a fledgling soap-opera scenarist charged with concocting plot twists to suit viewers on both sides.

A slacker sliding into middle age with little to show for it, Salam (Kais Nashef ) lands a production-assistant gig on Tel Aviv on Fire, a popular Palestinian evening soap for which his uncle is showrunner. A banal, offhand remark made during a shoot puts Salam in hot water with the show’s head writer but curries favour with its star (Lubna Azabal), a French diva who barely speaks Arabic. It’s only Salam’s first day and he already gets promoted.

Yet just as Salam’s prospects rise, he has a fateful encounter with Assi (Yaniv Biton), an Israeli military officer at the Ramallah checkpoint. During his interrogation of Salam — who must cross daily to get between home and his place of work — Assi sees an opportunity to influence Tel Aviv on Fire, which, in his mind, is far too unflattering to its Israeli characters. Salam has just begun life as a writer, and he’s already forced to compromise his integrity — while the entire country watches flabbergasted.

Zoabi’s ingenious satire exudes a deadpan audacity that’s hard to resist, while Nashef’s outwardly unflappable middleman grounds this battle of ideologies in comic pragmatism. Films like this might not bring peace to the Middle East, but making everyone laugh at the same thing feels like a step in the right direction.

“A witty and warm-hearted look at a divided land.” —Jordan Mintzer, The Hollywood Reporter