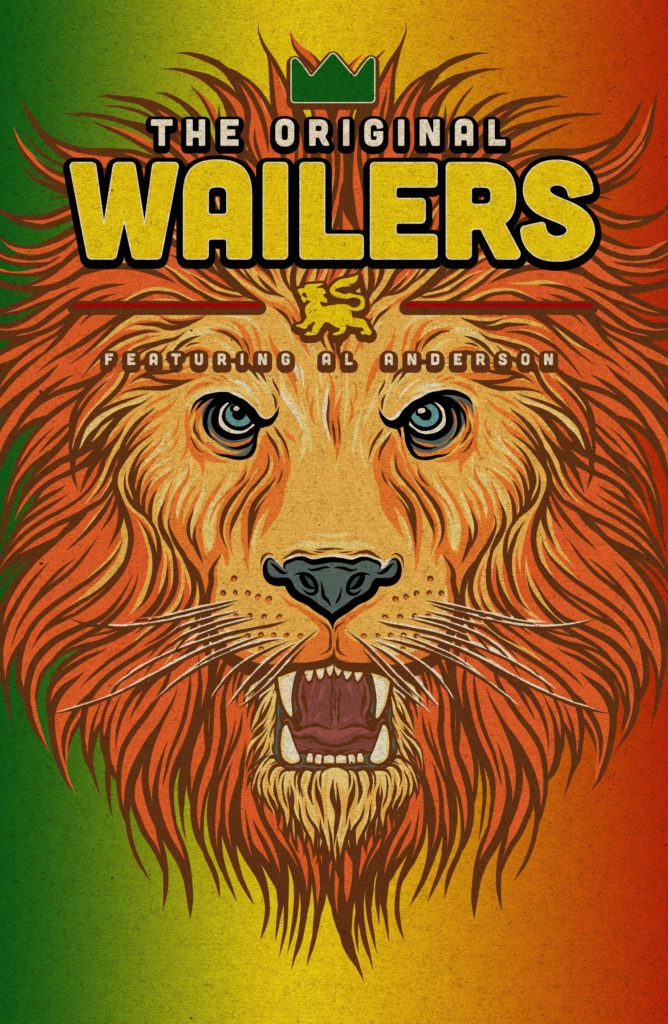 In 1974 when Bob Marley went solo, on the brink of international stardom, he surprised the music community by choosing as American born lead guitarist, Al Anderson. It was Anderson’s stunning lead work on such classics as No Woman, No Cry, & Three O’clock Road Block, that first alerted rock fans to the Wailer’s music.

The Orignal Wailers received their own Grammy nomination in 2013 for their album ‘Miracle’ making it Andersons’ second Grammy Nomination. Al Anderson is the sole member of the Bob Marley & The Wailers mid – 1970’s lineup in the Original Wailers.