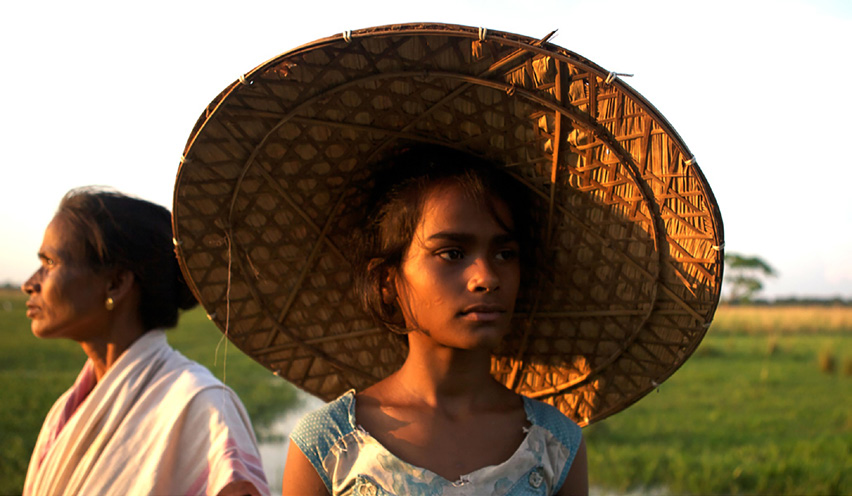 Local filmmaker Damien Gillis will be screening his short film, Shadow Trap, before the screening of Village Rockstars, followed by a Q&A about the film.

Dhunu (Bhanita Das) wants a rock band. It’s an admirable goal for a young girl, but out of reach when you live in a remote village in northeast India. And when your mother is a widow struggling to put food on the table, dreams of electric guitars can seem like madness. Yet a guitar is exactly what drives Dhunu’s ambition. At 10 years old, she is alive with a passion for music and a dazzling con­fidence in her own convictions. Rima Das’s second feature — selected as India’s submis­sion to the 2017 Academy Awards — paints an inspiring portrait of a young girl finding her own place in a world made for boys and men.

Das grew up in the same village where she shot Village Rockstars and recruited a local, non-professional cast. This may have seemed daring, but the result is magic. The performances are natural and fresh. The marshlands and village textures are palpable in Das’s intimate, widescreen camerawork. When the rains come, they drench Dhunu and her playmates in scenes that could never be staged.

It’s an idyllic world, although Dhunu still has to navigate the mysterious ways of adults and boys. The same boys who want to join her in rock-star glory tease and mis­treat her because she’s a girl. Her mother is a strong figure in her life, but seems to have little patience for her daughter’s extravagant dreams. It’s only when Dhunu sits  at the  feet of a village elder as he describes how to unlock the power of thought that she begins to glimpse how she might achieve her boundless musical vision.

“Village Rockstars is heartbreaking and uplifting in equal measure. A young girl and her mother’s woes and misery are not music to the ears, but their spirit is.” —Renuka Vyavahare, Times of India

Northern British Columbia, 1908: Gitxsan indigenous businessman turned outlaw Simon Gunanoot – labelled a “terrible savage” for allegedly killing two white men – is in hiding during a brutally cold winter. Meanwhile, in Hazelton, grubstaker Seamus Campbell and his shotgun-toting thug come to the Two Mile Saloon to collect a debt from failed prospector Danny Kelly. In desperation, Kelly impulsively decides to head deep into the frozen wilds of the Skeena Mountains in pursuit of Gunanoot and the $1,000 bounty on his head.

Kelly soon realizes he’s in over his head – the hunter becomes the hunted. In the ensuing dogsled chase, Simon’s curious actions leave viewers wondering who he was, and just how far Canadian society has evolved since his time.