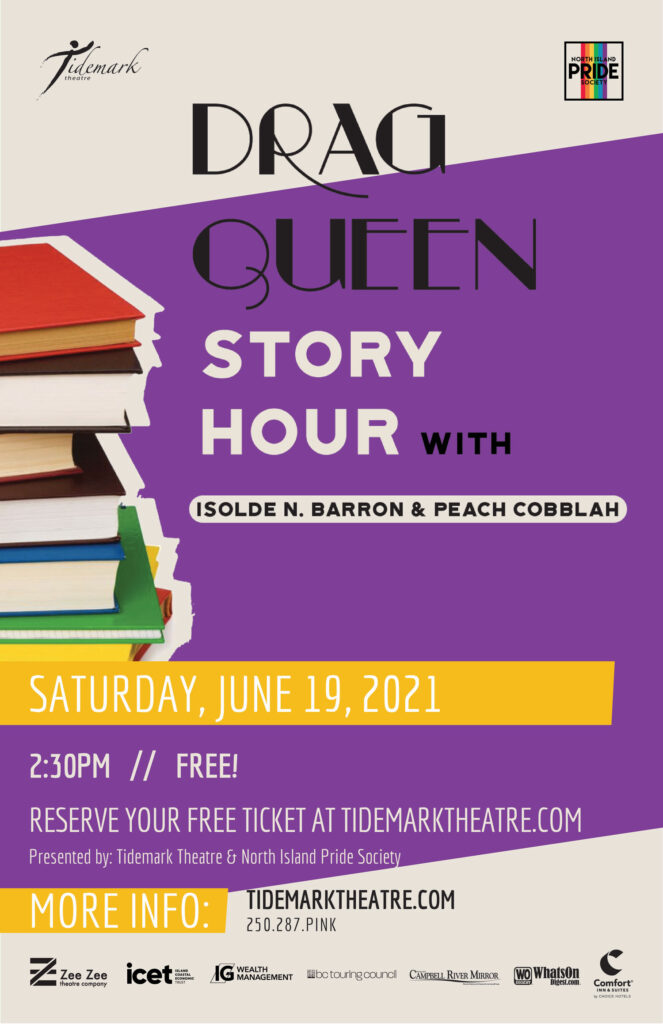 There is no cost to watch! If you would like to watch on our website, click the Buy Tickets link to claim your ticket. And click here to view the tutorial video How to Live Stream at the Tidemark.

Your ticket to Drag Queen Story Hour also gives you access to Home is a Drag AND Pride Family Dance Party.