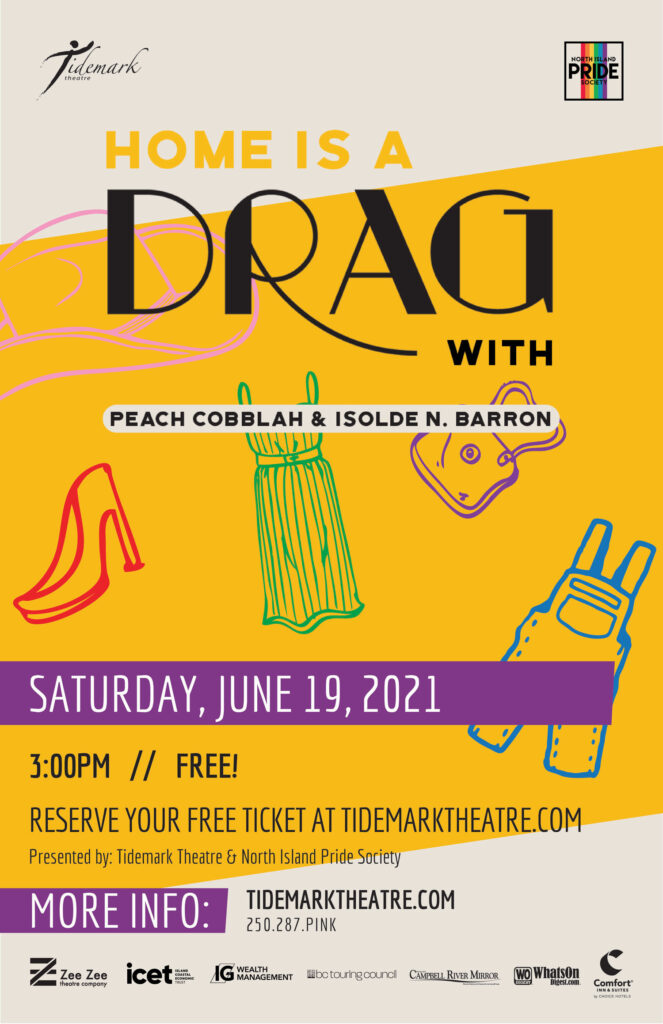 Home is a Drag

The Tidemark Theatre and North Island Pride Society are excited to present Home is a Drag as part of CR Virtual Pride Festival 2021 on June 19th at 3:00pm.

After its overwhelming debut in 2019, Parents are a Drag is stuck in Vancouver and not on tour, so you can join local drag queens Peach Cobblah & Isolde N. Barron in social isolation with their two-year-old! Add some rainbow to your day at this fun and inclusive event which reminds young ones, their parents, caregivers and everyone in between that it’s never too early (or too late!) to get silly and dress-up! Home is a Drag celebrates diversity with songs, laughter and play.

There is no cost to watch! Click the Buy Tickets link below to claim your ticket. And click here to view the tutorial video How to Live Stream at the Tidemark.

Your ticket to Home is a Drag also gives you access to Drag Queen Story Hour AND Pride Family Dance Party.