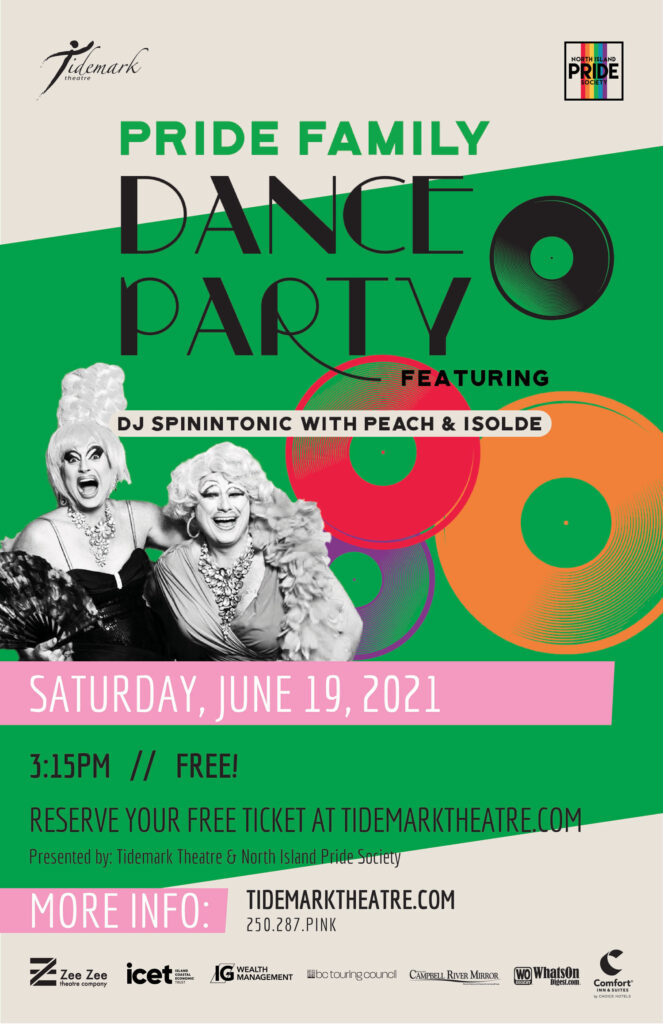 Dress up or dress down and join us in your living room to dance! Share photos of your family dance party with us on social media using the hashtag #CRPride2021

DJ Spinintonic holds a degree in music from the University of British Columbia. When away from the decks, she can be found leading Queer As Funk, Vancouver’s hottest LGBTQ event band, and booking some of the best musicians in town through Railtown Entertainment.

There is no cost to watch! Click the Buy Tickets link below to claim your ticket. And click here to view the tutorial video How to Live Stream at the Tidemark.

Your ticket to Pride Family Dance Party also gives you access to Drag Queen Story Hour AND Home is a Drag.