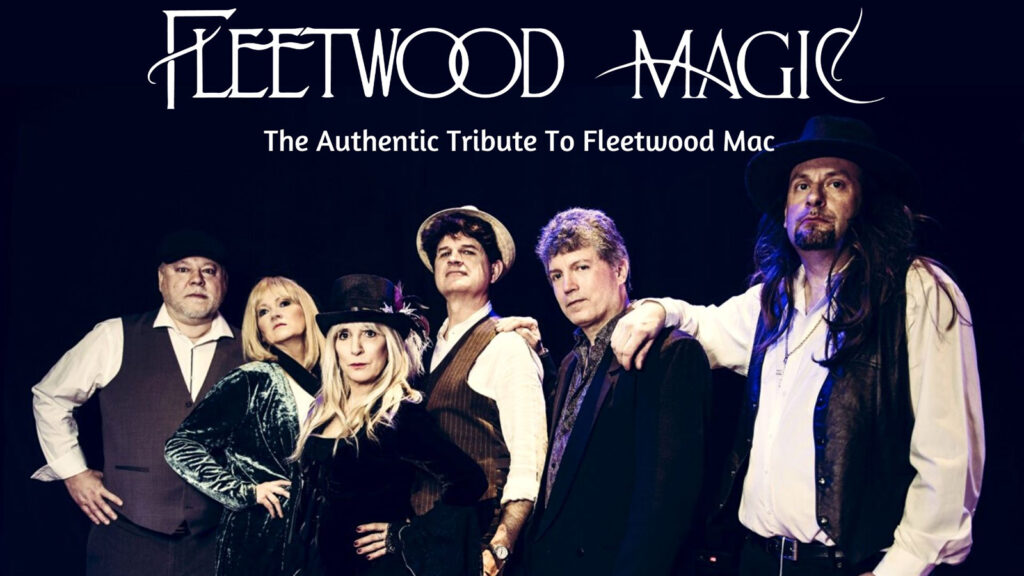 Fleetwood Magic transports audiences on a musical journey that spans the self-titled White Album, Rumours, Mirage, Tusk, and Tango in the Night and Then Play On albums. They perform “The Mac’s” greatest hits with dynamic harmonies to authentically recreate the sound, personae and mystique of this most famous line-up of Fleetwood Mac. It’s no ‘rumour’ that Fleetwood Magic is a must see! You’ll be taken by the wind and singing along to your favorite songs.

Fleetwood Magic has played to sold out shows and to thousands of people!

Fleetwood Mac is one of the world’s most popular and iconic groups of the 70’s and 80’s and has earned their place in the rock and roll hall of fame as one of the biggest classic rock bands on the planet! With a fan-base of all ages even today, Fleetwood Mac features the collaborative talents of Mick Fleetwood, Christine and John McVie, Stevie Nicks and Lindsey Buckingham.