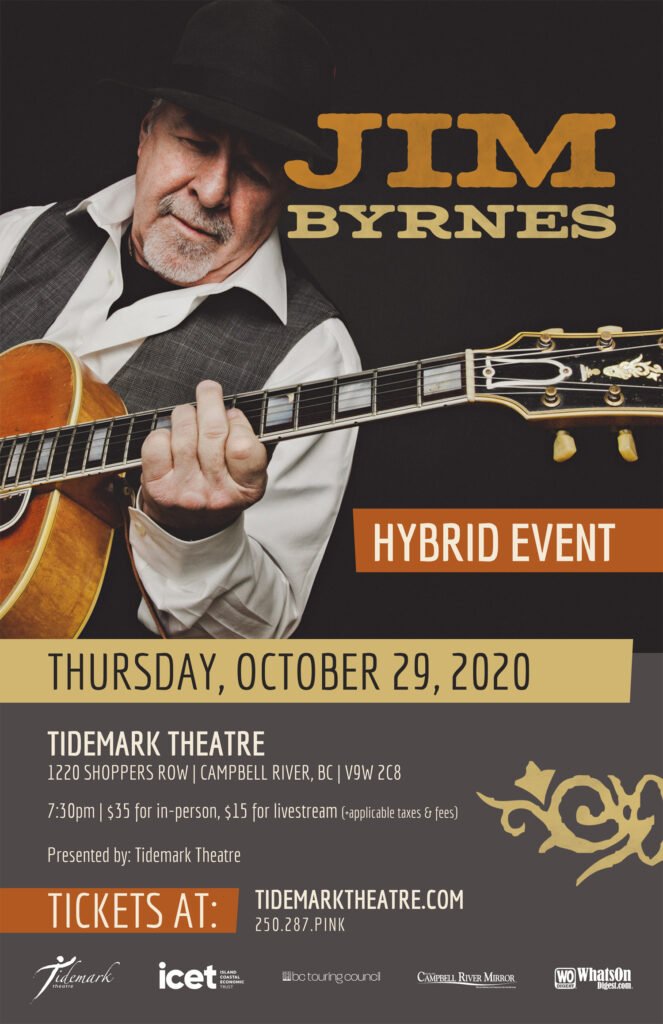 Jim Byrnes was born in St. Louis, Missouri – that’s blues country. He grew up on the city’s north side. Starting piano at age five, by age thirteen, Jim was singing and playing blues guitar. His first professional gig was in the summer of 1964. Over the years, he has had the great good fortune to appear with a virtual who’s who of blues history. From Furry Lewis and Henry Townsend to Muddy Waters, John Lee Hooker, Albert Collins, Taj Mahal, Robery Cray and so many others, Jim has been on the blues highway for 40 years.

Byrnes moved to Vancouver, BC in the mid-70s after years of drifting, working odd jobs and playing music. In 1981 he put together a band that became a staple of the local music scene. In 1986 the Jim Byrnes Band played 300 nights.

Jim has proven that a serious car accident in 1972 has done anything but hinder him. Despite two swipes with death and some pretty hard knocks, Byrnes has still managed to rack up an enviable string of credits, both on and off-screen. Jim’s first love, however, is the blues.

*To view the stream after purchasing your ticket, log into your account here. Once you are logged in, click the button on the top of the left column that says “Tickets for Upcoming Performances”. Click the button that says “Watch” next to Jim Byrnes. If you are logged in before 7:30 pm, you will see a countdown clock. Once the player appears, click the play button and enjoy! If you encounter an error with playback, try refreshing the page.