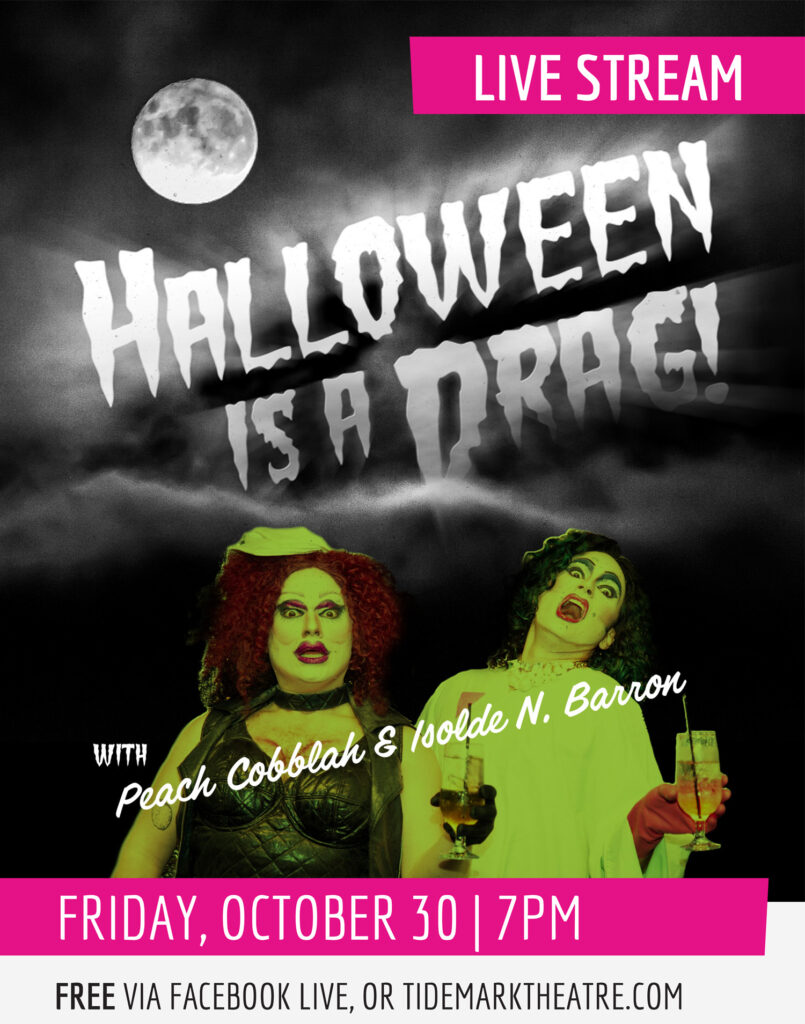 Halloween is a Drag!

Back by popular demand, the Queen of East Van Isolde N. Barron and Baddest B**ch Peach Cobblah return for a spooky and hilarious hour filled with drag, cocktails and ALL the fun!

Ghost and ghouls are encouraged to dress up and share photos of their Halloween costumes on social media by tagging us: #tidemarktheatre

Let’s enjoy those quarantinis together apart!

This free event can be accessed via tidemarktheatre.com and Facebook Live!

There is no cost to watch! If you would like to watch on our website, click the Buy Tickets link below to claim your ticket. And click here to view the tutorial video How to Live Stream at the Tidemark.