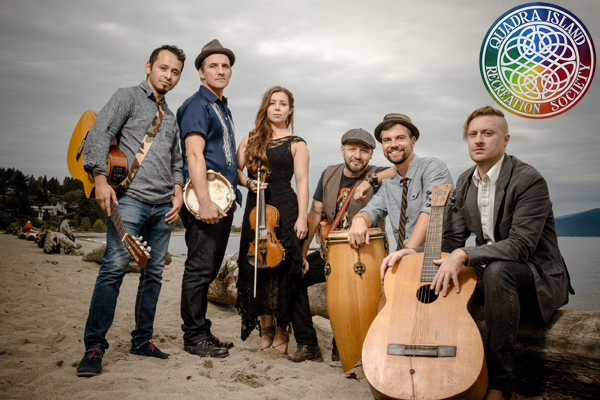 Locarno is the Latin project of JUNO Award winning musician, Tom Landa. Like him, the music is equal parts Mexican and Canadian. Tom was born and raised in Mexico City, and moved to Canada in his teens. In the mid nineties he formed the Folk Roots band, The Paperboys, who have been touring world-wide for over 20 years. Tom has always dabbled in Latin music, and in 2005 decided to immerse himself more into genre, and started working on material for an album. In 2006 he was awarded a Canada Council Grant to study traditional Mexican Music in Veracruz, Mexico. Tom spent his days learning the jarana (an 8 string guitar), and learning songs from the Son Jarocho repertoire. Upon his return to Canada, Tom started working on what would be Locarno’s debut CD. The music was a mix of Son Jarocho inspired folk tunes with Afro-Cuban rhythms. The album went on to be nominated for a WCMA and garnered rave reviews.

Perhaps where the band shines the most is in the live shows which features Tom Landa on jaranas and guitars, Kalissa Landa on violin, Robin Layne on marimba, congas and timbales, Pedro Mota on guitar an vocals, Aaron McKinney on bass, Liam MacDonald on drums, congas and pandero, Mark D’Angelo on trumpet and Nick La Rivere on trombone.