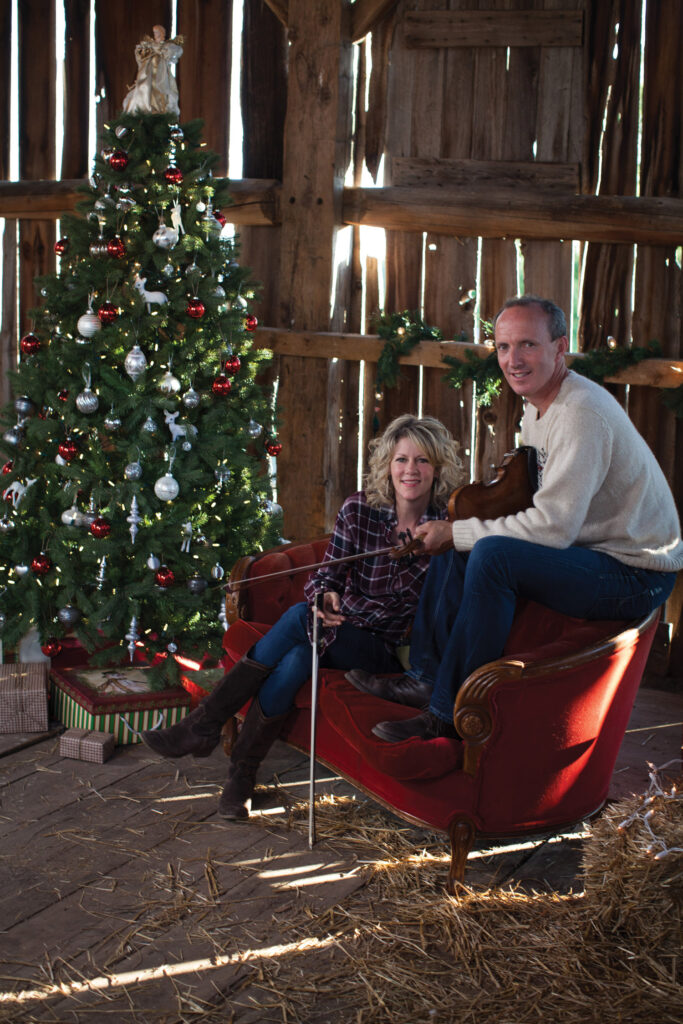 This holiday season join Natalie MacMaster and Donnell Leahy, the award-winning fiddle virtuosos, in an intimate and unique Christmas album and concert series you will never forget. With the duo accompanied by an incredible array of talented musicians – and their children – A Celtic Family Christmas will guide you into the wonderful world of a true MacMaster Leahy Christmas celebration.

“For the album A Celtic Family Christmas, we’ve taken some classic Christmas songs and flavoured them with our own brand of Celtic tradition,” says Natalie MacMaster. “We have celebrated Christmas in a big way our entire lives and finally have recorded the music. What ease and joy with which it came pouring out!”

“This tour is going to have an energy that goes beyond the duration of the show,” she continues. “Many Christmas songs have gorgeous melodies that stand strong as instrumental pieces and I want it to stay with our fans throughout the holidays, and beyond.”

The album creates a counterbalance between both the traditional and modern. Donnell says, “I feel there is a lot of depth behind the melodies and meanings. What I love about this record are the layers of ancient instruments, weaving through and around one another to create a Celtic Christmas tapestry.”

To fans of fiddle music, Natalie needs no introduction. Over a recording career now spanning 25 years, this Order of Canada recipient has released 11 albums that have notched sales of over 200,000 copies. She has won two JUNO and eleven East Coast Music Awards and been nominated for a Grammy, and has collaborated with artists as diverse as Yo-Yo Ma (on the Grammy-winning album Songs of Joy & Peace), Alison Krauss, Jesse Cook, and Bela Fleck.

Donnell is no stranger to the awards podium himself. He was the incendiary music leader of the internationally acclaimed family group Leahy, winners of three JUNO Awards. Widely recognized as one of the best fiddlers in the world, his high-energy playing style also makes him a highly popular performer.

This year, A Celtic Family Christmas exceeds all expectations with riveting performances by this fierce fiddling duo, and their children, bringing the Cape Breton Christmas to you. Through a mix of both song and dance, they will take you on a journey of virtuoso performances, telling the story of the night before Christmas in the Leahy/MacMaster household. “Christmas is where this whole concept started and we are excited to be travelling as a family,” says Donnell. “It’s a perfect time to travel across Canada and bring light and happiness to families and fans across the country.” With a lineup of familiar Christmas songs intermingled with classic Celtic songs, A Celtic Family Christmas brings you in the door, and welcomes you in as part of the family.