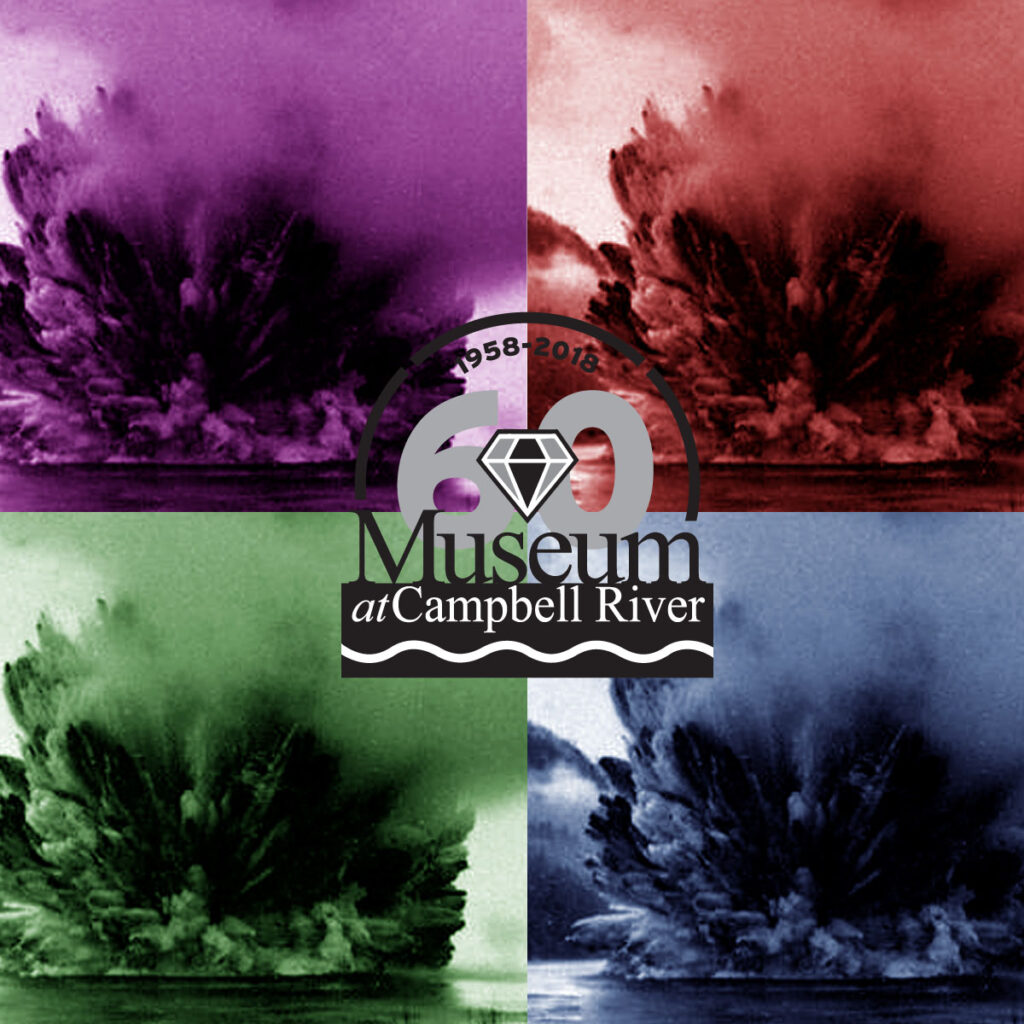 The Museum’s 60th Anniversary coincides with the 60th Anniversary of the Ripple Rock explosion.  To celebrate both, the Museum is hosting an evening at the Tidemark Theatre on April 5 from 7 pm-9 pm to remember the blast that ‘shook the world’.

Ripple Rock, an underwater mountain within Seymour Narrows near Campbell River BC, was a marine hazard responsible for more than 20 large vessels and at least 100 smaller vessels sinking or being damaged. Before its destruction in 1958, Ripple Rock claimed at least 114 lives.

At the Tidemark we will screen the original CBC coverage of the event from 1958.  Following that film we will review the Museum’s documentary ‘Remembering Ripple Rock’. This film was produced through a partnership between CRTV and the Museum at Campbell River in 2008 in order to celebrate the 50th Anniversary of the explosion.  It is a documentary that captures the reflections of those who remember the blast day of April 5th, 1958.  The film is an interesting mix of local recollection alongside national television coverage. There will also be other features during the evening.