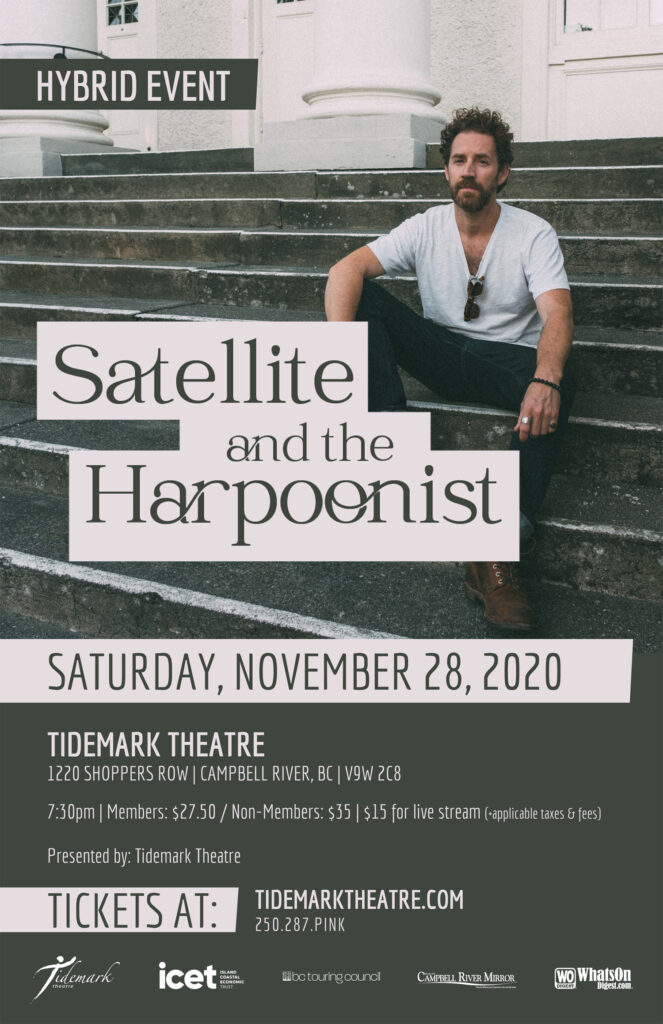 As the great poet Henry Wadsworth Longfellow once stated, “The best thing one can do when it’s raining is to let it rain.” And so, in January 2020, as the city’s longest spell of precipitation in over five decades threatened to wash Vancouver into the Pacific, four musicians from disparate sonic territories did just that. Not that they had a say in the matter, they let it rain while gathering at Afterlife Studios to conduct an experiment as radical and historic as the weather outside.

Shawn Hall of the acclaimed maverick blues duo The Harpoonist and The Axe Murderer was the progenitor, his notion being to assemble three talented friends with whom he had previously worked, yet that had never met each other. Then, during an intense three-day exploration of alchemic creative collaboration within a self-imposed pressure cooker environment, they would record a 6-song EP – all under the gaze of a film crew. So, as the rain smashed down on the City of Glass, Satellite and The Harpoonist was birthed, with every labour pain and its exhausting entry into the world captured on celluloid.

Joining singer/harmonicist Hall in this extraordinary project – his “people that want to play in the sandbox” – are Geoff Hillhorst (Hammond organ/piano/synthesizers) of award-winning alt-country-folk dreamers, The Deep Dark Woods; Theo Vincent (percussion/congas/vocals) from Vancouver’s funk-soul powerhouse The Boom Booms, and on drums and Pencilina, Brooklyn’s Bradford Reed, of out-there art-rockers, King Missile III. The Pencilina, an incredible double-necked zither-like contraption, is Reed’s own one-off invention, making Satellite and The Harpoonist the world’s only band to feature it.