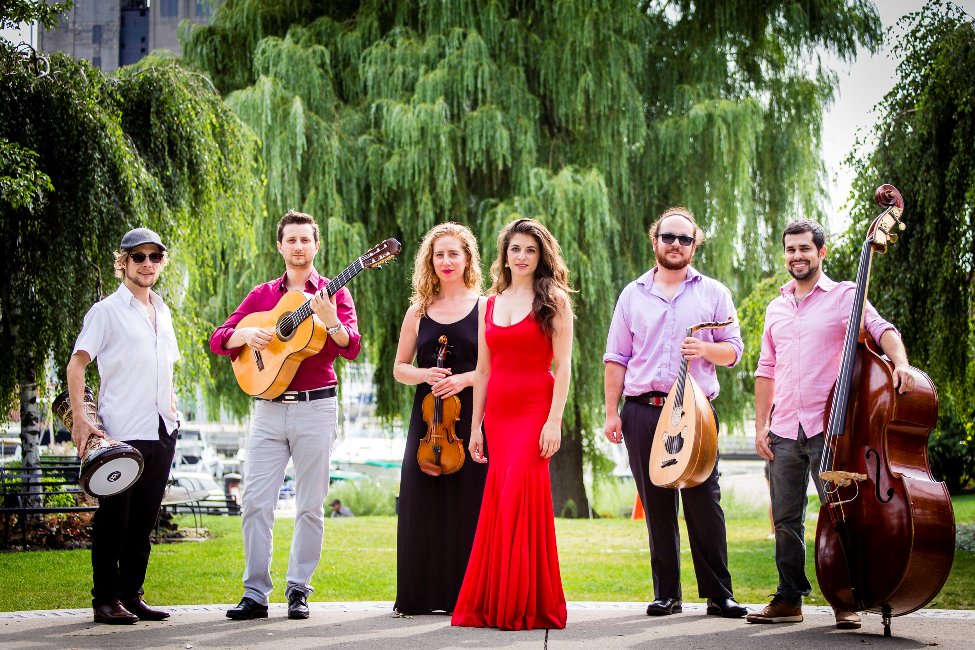 Though they sprang from the same Spanish soil and from closely related languages, flamenco and Sephardic Jewish song could not be more different. Flamenco burns with passion and fury, and performances reach an emotional fever pitch. Sephardic singers let the wry tales in songs speak for themselves, with reserved precision.

It’s the tension between the two that fires Toronto-based singer Tamar Ilana’s imagination.“I have given up on purity,” laughs Ilana. “I take from both, draw on both the story and the emotion. I infuse flamenco feeling into Sephardic stories, and vice versa.”

Tamar Ilana and Ventanas brave new ground with their latest album Arrelumbre, and the result is a sound unlike anything else you’ll hear this year.