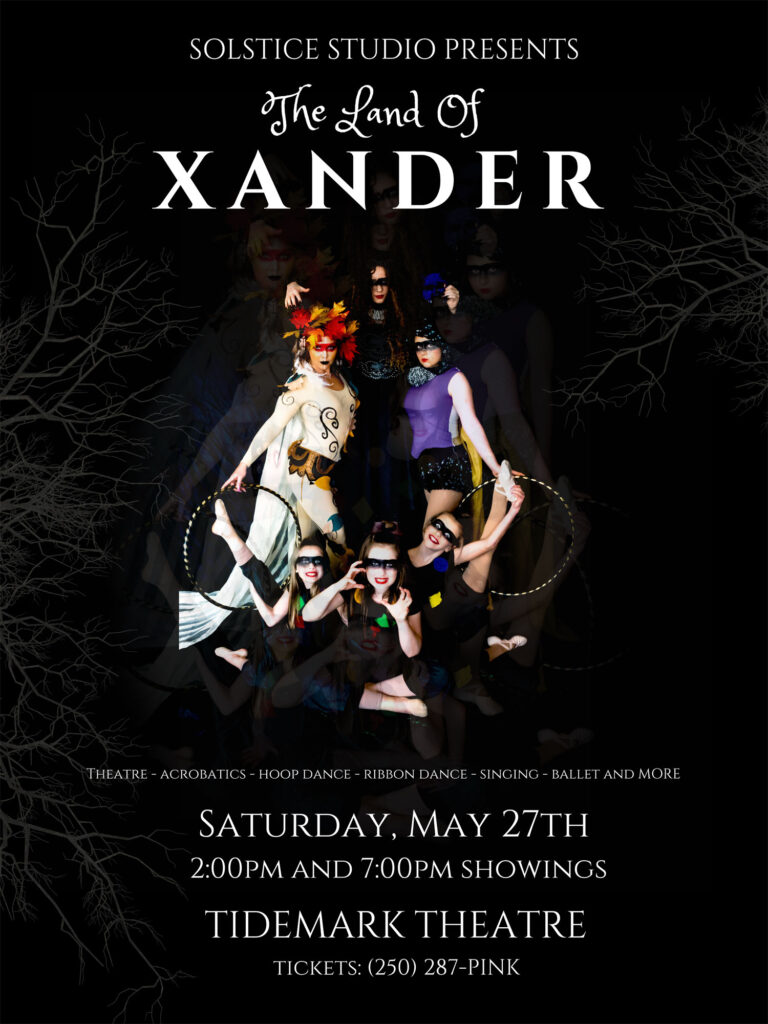 The Land of Xander

The Land of Xander is the story of one land shared by two kingdoms. For thousands of years, the kingdoms have been at war. Now, they are forced to fight together to defeat a hideous creature from another world who is feasting on their turmoil and causing fear across the land.

Empress Zeya of the west and Emperor Timashanko from the east have to work together. Can they put all their differences aside and find away to save their people? Or will they fail and lose everything?

Join us May 26th at the Tidemark Theatre as Solstice Studio performers take you on a journey of war, despair, laughter, excitement, and peace.

All ages show. Something for everyone!

Babes in Arms: As per fire regulations, every body that goes into the auditorium must have a ticket, including infants.