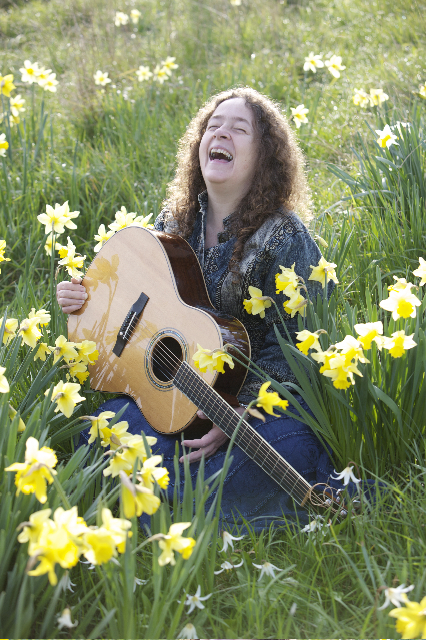 Writers on the Stage with Colleen Eccleston at Rivercity Stage

Hold on to your socks, Campbell River music lovers! Colleen Eccleston: rock singer, folk singer, songwriter, actor, instructor for The History of Rock and Roll and the Beatles at the University of Victoria, and experienced songwriting mentor, is bringing her blend of skillful songwriting and wonderful vocals to the Rivercity Stage. On Saturday, June 25th, Eccleston joins host Kenneth Paul Cooper in the remarkably successful series Writers On The Stage. Described by CBC Music as having, “an explosive voice and an extraordinary sense of performance”, Eccleston will also lead a songwriting workshop, Writing Outside The Box, that afternoon at the Sybil Andrews Cottage.

With her music featured in plays, documentaries and radio stations across the US, Canada, Germany, Holland and the UK, Eccleston has appeared with the likes of Christine Lavin, Garnet Rogers, Mae Moore, John Gorka, Paul Horn and Ron Hynes. Her most recent appearance in Campbell River was in 2015 as part of the ‘Back to the Garden’ roots tour with Daniel Lapp and company. For the June concert, Eccleston will bring long-time accompanist, and player of note in his own right, Karel Roessingh.

Cooper’s vision to bring notable Canadian singer songwriters to Campbell River has seen John Gogo, the Blue Sky Miners, and David Essig grace the Rivercity Stage in outstanding concerts to date. Along with the appearance of Eccleston in June, Cooper has announced that renowned guitarist Sean Ashby will join him on August 20. “Community support has been more than encouraging”, Cooper said, citing increased attendance at each concert and the contribution of services and door prizes by local businesses. “I am delighted” Cooper added, “to facilitate this workshop as an opportunity for songwriters in this region to learn from a skilled mentor”.