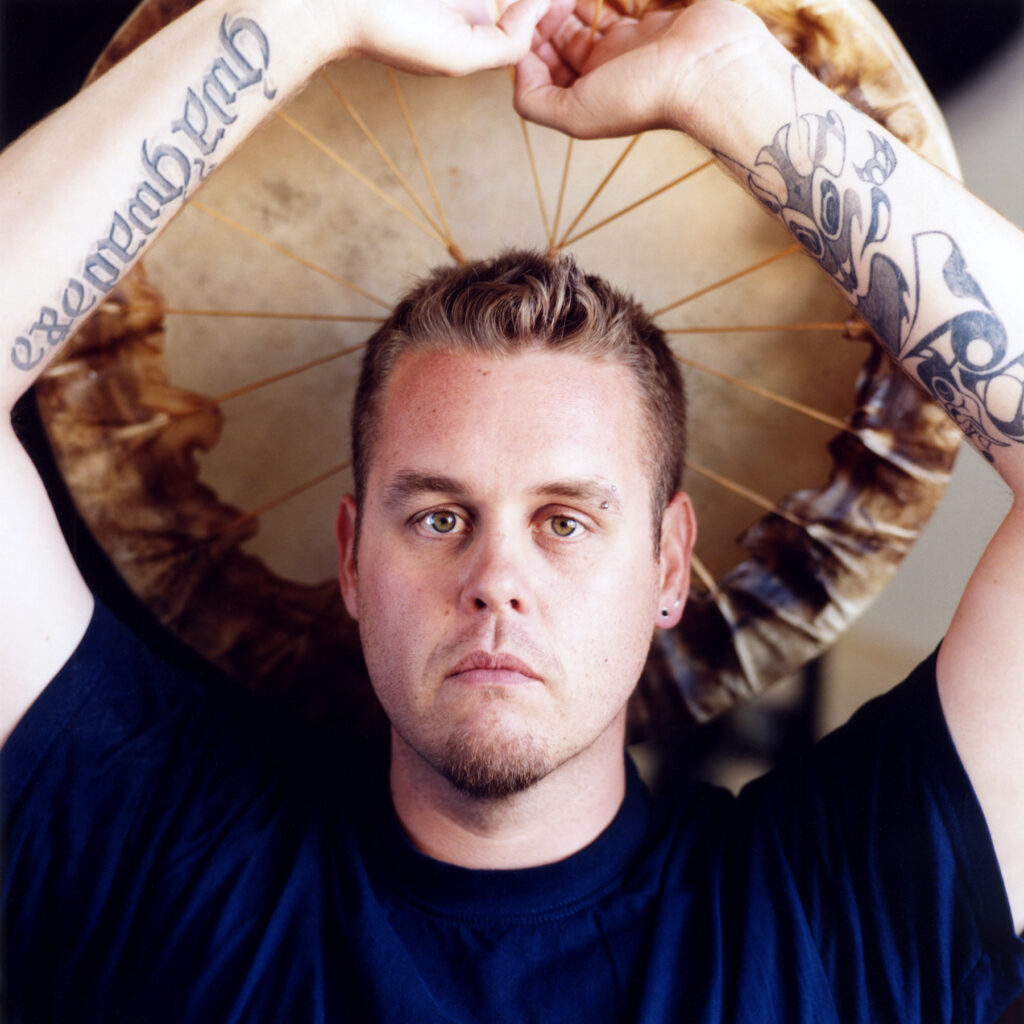 The Tidemark Theatre and Campbell River Arts Council are pleased to present an artist talk, book launch and signing with internationally renowned contemporary artist, Sonny Assu at the Tidemark this June!

Sonny Assu (Liǥwildaʼx̱w of the Kwakwaka’wakw Nations) was raised in North Delta, BC, over 250 km away from his home ancestral home on Vancouver Island. Having been raised as your everyday average suburbanite, it wasn’t until he was eight years old that he discovered his Liǥwildax̱w/Kwakwaka’wakw heritage. Later in life, this discovery would be the conceptual focal point that helped launch his unique art practice.

Assu’s artistic practice is diverse: spanning painting, sculpture, photography, digital art and printmaking. Sonny negotiates Western and Kwakwaka’wakw principles of art making as a means of exploring his family history and the experiences of being an Indigenous person in the colonial state of Canada.

Having cut his teeth in Vancouver’s art scene, Assu packed up and moved to Montreal to be with the love of his life. Five years later, along with his wife and beautiful daughter, Sonny moved back to BC, eventually settling back “home” in unceded Liǥwildaʼx̱w territory (Campbell River, BC.).

Assu received his BFA from the Emily Carr University in 2002 and was the recipient of their distinguished alumni award in 2006. He received the BC Creative Achievement Award in First Nations art in 2011 and was thrice long-listed for the Sobey Art Award. He received his MFA from Concordia University in 2017 and was one of the Laureates for the 2017 REVEAL – Indigenous Art Awards.

His work has been accepted into the National Gallery of Canada, Seattle Art Museum, Vancouver Art Gallery, Museum of Anthropology at UBC, Burke Museum at the University of Washington, Art Gallery of Greater Victoria, Hydro Quebec, Lotto Quebec and in various other public and private collections across Canada, the United States and the UK.

Join Sonny at the Tidemark Theatre on June 21st at 7:00 pm as he reflects on his politically charged, often humorous and diverse work. Guests are encouraged to stay for refreshments as well as a meet and greet with the artist in the Tidemark gallery, directly following his talk. Coho Books will be on site for the evening with copies of Sonny Assu:  A Selective History available for sale and signing purposes.

Sponsored by the Campbell River Mirror, What’s On Digest and Heritage House, this event is free and everyone is welcome. Throughout the month of June, the Tidemark will concurrently exhibit Sonny’s solo show The Paradise Syndrome in the Tidemark gallery. For more information on the event or Sonny’s exhibit, please contact the Tidemark Theatre Box Office at 287.PINK or head to their website:  tidemarktheatre.com.