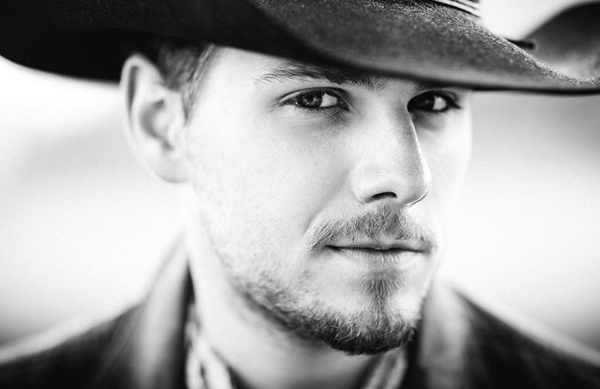 It’s tempting to describe the chorus of Brett Kissel’s latest smash single, “Airwaves,” as what’s gotten him to this point, but that barely scratches the surface of the artistic growth Kissel displays on his new album, Pick Me Up. The pride of Flat Lake, Alberta has already reached a place very few other Canadian country music artists have attained, but defying the odds has been Kissel’s mission his entire life, the result of a tireless work ethic instilled while growing up on his family’s farm. Following the incredible success of his 2013 major label debut, Started With A Song, Pick Me Up shows that, like a thoroughbred just out of the gate, Kissel is hitting his stride.

For the new album, Kissel once again teamed up with CCMA Award-winner Bart McKay, as well as one of country music’s premier producers Mickey Jack Cones (Jason Aldean, Trace Adkins). The common thread was not an attempt to replicate the success of its predecessor, but to have the results reflect Kissel’s unstoppable drive to make his music bigger and better.

“There’s no other place I prefer to be than on stage,” Kissel says. “With all of the shows we did for the last album, we were totally prepared as a band when we went into the studio to cut the new material, and determined to exceed the fans’ expectations. Looking back, I might have been preparing for it even while we were finishing the last album, knowing that the next one needed to have more energy.”

It’s clear that rationale was behind the choice of “Airwaves” to be Pick Me Up’s first single, as the song established itself as a fan favourite after only a few live outings. Building on that kind of feedback from his audience has always been important to Kissel, and he takes a lot of pride in being one of the most active Canadian country artists on social media. It’s all fuelled his efforts to expand and enhance his live show, something that kicked into high gear once he hit the road in the fall of 2014 as special guest on multiple Grammy & CMA award winner Brad Paisley’s cross-Canada tour. Channeling that joyous experience into Pick Me Up became job one.

At the same time, Pick Me Up displays how far Kissel has come as a singer and songwriter, most evident on tracks such as “I Didn’t Fall In Love With Your Hair,” a tribute to his mother, a multiple cancer survivor, as well as “I Can Play Guitar,” containing playful insights of life on the Brad Paisley tour, and “Come Pick Me Up,” a poignant rumination on a failed relationship. A desire to present these varied facets of his life played a big role in choosing the material for the new album, Kissel explains.

“I really want everyone who buys one of my records to feel as if they’re getting a piece of me at that moment. I’m very fortunate to be a 25-year-old guy touring the world, but at heart I’m still the same kid who grew up in an amazing family on a cattle ranch in Alberta, and going though a lot of the same things my listeners are. To try to get all of that on to one record is always a pleasant challenge.”

After the year Kissel had in the wake of the success of Started With A Song, no one could be blamed for kicking off their boots, cracking a cold one or two, and imagining things couldn’t get any better. But coasting on his accomplishments has never been part of Kissel’s makeup.

The numbers say it all, however: His JUNO Award for Breakthrough Artist marked the first time in 17 years a country act earned the honour. That accolade seemed a lock for Kissel, despite some stiff competition, as it came on the heels of five Billboard Canada Top 10 singles from his major label debut album, Started With A Song. And that’s not to mention his staggering eight Canadian Country Music Association Award nominations, of which he won two.

It was the fulfillment of the dream Kissel has had from the moment he received his first guitar at age six. At 12, he released his first album and took his first trip to Nashville soon after. Many, many, many more trips later, Kissel and his wife settled in Music City, and suddenly the notion of being accepted by the country music establishment was within reach. Kissel’s debut on the Grand Ole Opry in the summer of 2015 brought that into even sharper focus.

“Getting a chance to spend time with Brad Paisley, George Strait and Garth Brooks—my heroes—and having them be so kind and generous, has been one of the best experiences of my life,” Kissel says. “I’m trying hard not to take it all for granted, but soak it all in and learn as much as I can. It really does feel like a big family here.”

Kissel is indeed adding his unique artistic perspective to the rich musical tradition that has inspired and sustained him for as long as he can remember. On Pick Me Up, there is no disputing he now belongs to that tradition and will continue adding to it for years to come.

Sponsored by the Campbell River Mirror, 2Day FM and Coast Discovery Inn, the Tidemark Theatre and Gee Dan Productions proudly present Brett Kissel with special guest Jordan McIntosh at the Tidemark Theatre on November 14, 2015.   Tickets are $38.50 for Members and $43.25 for Non Members (plus applicable taxes & fees) and can be purchased at the Box Office on Tuesday or Friday between 12pm and 4pm.  Tickets are also available online:  tidemarktheatre.com.