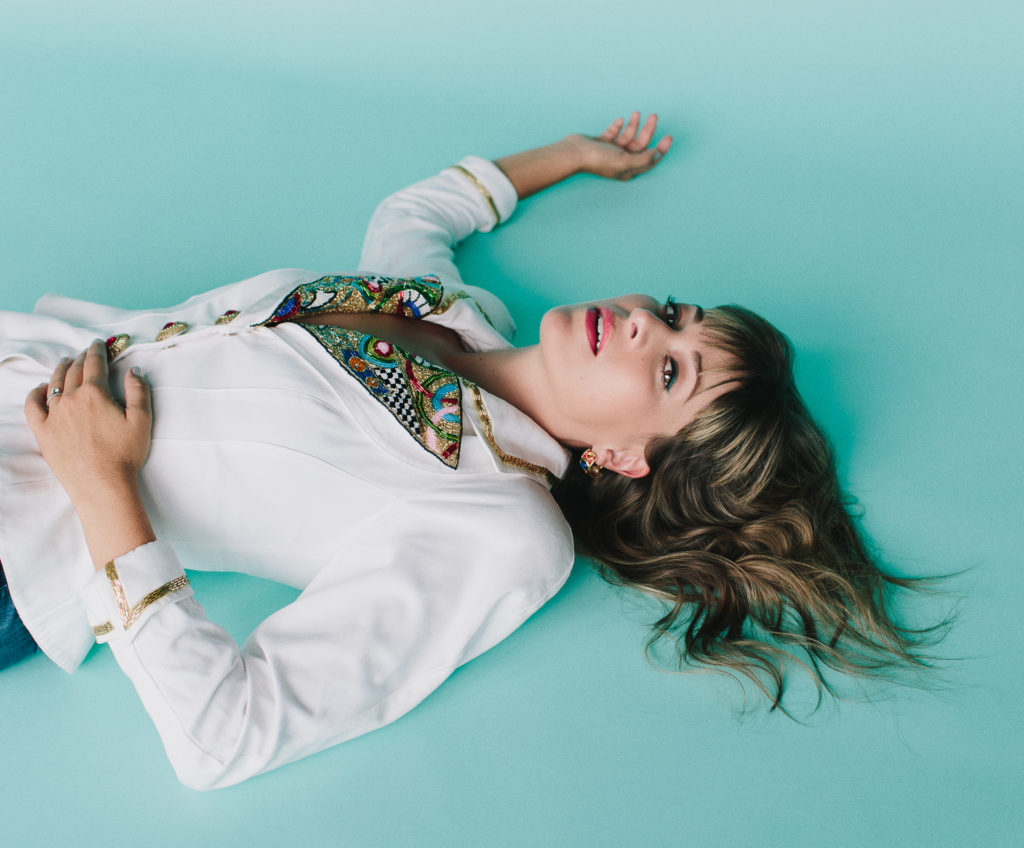 Jill Barber has once again reinvented herself. On her latest album, Metaphora, Barber boldly bursts into the world of contemporary pop music. The dramatic result is a Jill Barber like you’ve never heard before; a showcase of her power and vulnerability as both an artist and a woman. Evolving over the course of many albums from folk to jazz, R & B and pop, her success is defined not by genre, but by her undeniable songwriting chops and distinctive voice. Metaphora is a continuation of Barber’s musical story that confidently tackles everything from issues of empowerment, sexual politics, the complications of love, and depression. It’s introspective and personal. It’s also a dance party.

It was a mutual friend and musician, Hannah Georgas who introduced Jill to Ryan Guldemond, the enigmatic lead singer of Mother Mother. Serendipitously, Ryan lives just a few blocks away on the same East Vancouver street as Barber, and they began having regular songwriting sessions.

“Writing with Ryan was a big departure for me, and very exciting. He’s extremely creative and not afraid to push my creative boundaries” recalls Barber. “The sessions became part songwriting and part therapy because I was writing about things that felt pretty raw; politics, sexism, being a mother. I started to realize that this was going to be a very different kind of album for me. I had more that I needed to say and Ryan helped bring that out with his uncanny knack for melody and song structure.” Guldemond co-wrothe four of Metaphora‘s nine songs, including the instantly catchy lead single,”Girls Gotta Do“,  a hook-filled and very timely call to arms that aims to “challenge the patriarchal status quo, as we usher in a new era of equality” says Barber.

Metaphora‘s opening track, “The Woman” with its pounding bass drum generates a sense of anticipation, an urgent heartbeat for what is next to come from the fearless multi-Juno nominated performer. “It’s a song about how a woman is required to be everything to everyone, but may still be a mystery to her own self” shares Barber. “She is part of nature, but also has a nature of her own, ever-changing and elusive.”

On “Bigger Than You“, Barber explores a personal experience that she hopes may inspire others to take a stand against tactics like power plays, bullying and manipulation. “Mercy” is a striking piano ballad Barber wrote for anyone who battles daily with their inner critic, or wrestles with the beast of depression.

“Hooked Your Heart”, “Clumsy Heart”, “Cage Without A Key”, “Love Is” and “Hold On” round out Metaphora.

On the advice of trusted friends, Jill reached out to producer Gus Van Go (Whitehourse, Arkells, Terra Lightfoot), who immediately took on the project (change project) and began to craft a complete vision for Metaphora Recorded at Van Go’s studio in Brooklyn, NY, with creative partner Werner F and multi-platinum Grammy nominated producers Chris Soper and Jesse Singer, collectively known as Likeminds, who, perform all the drums, piano and analogue synths on the album.

On Metaphora, Jill Barber bursts back onto the stage with a bold and daring offering of music, confidently executed with the style and grace of a woman who knows exactly what she’s doing.

Sponsored by the Campbell River Mirror, What’s On Digest and Coast Discovery Inn, the Tidemark Theatre proudly presents, Jill Barber with special guest Justin Nozuka at the Tidemark Theatre on November 2, 2018.   Tickets are $32 for Members or $37 for Non Members (+applicable taxes and fees) and can be purchased at the Box Office Tuesday through Thursday between 12pm and 4pm.  Tickets are also available online:  tidemarktheatre.com OR 287.PINK!