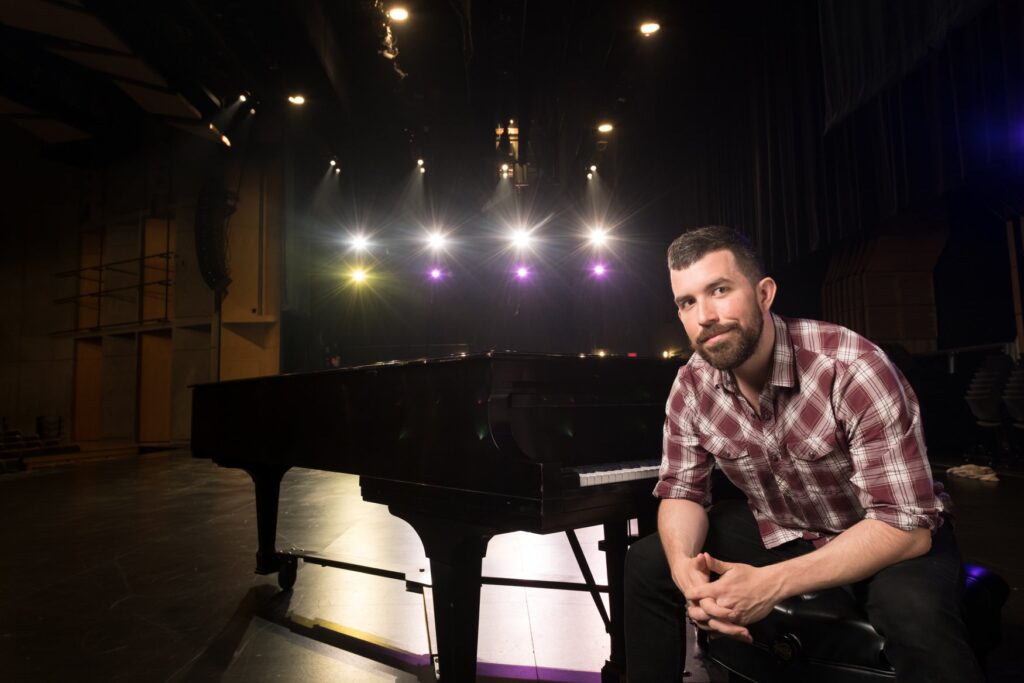 The Tidemark Theatre is excited to announce the return of pianist and composer Nico Rhodes on April 3rd at 7:30pm. Rhodes will be taking audience members on part two of a journey through the history and music of ragtime via a special live stream concert experience.

Few Canadians know anything about Ragtime beyond Scott Joplin’s soundtrack to the movie ‘The Sting’. Composer and pianist Nico Rhodes takes us on an intriguing musical journey through the evolution of Ragtime from classical to contemporary, featuring the rags of its best-known proponents and little known stars.

In 1916, Opera Magazine wrote: “Ragtime has carried the complexity of the rhythmic subdivision to a point never before reached in the history of music.” One hundred and one years after Joplin’s Maple Leaf Rag was copywritten, Nico brings the music he originated back into the limelight.

Sponsored by the BC Touring Council, Campbell River Mirror and the What’s On Digest, the Tidemark Theatre presents, The Art of Ragtime with Nico Rhodes on Saturday, April 3rd at 7:30pm. Live stream tickets are $15 for members and $20 for non members (+ applicable taxes and fees), and can be purchased through our virtual Box Office (250.287.PINK) Tuesday through Thursday between 12 p.m. and 4 p.m. Tickets are also available online: tidemarktheatre.com