Said The Whale returns with Dave Monks & Stranger Than Fiction 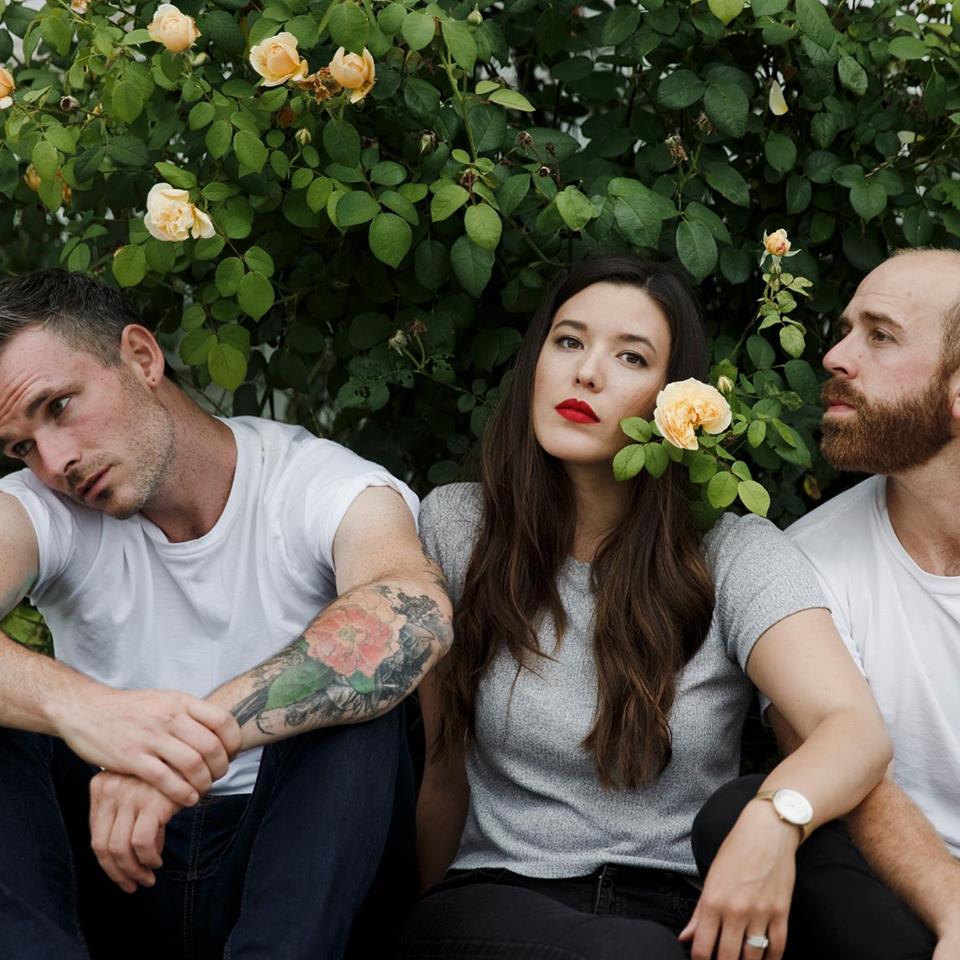 The Tidemark Theatre and Got Pop? Concerts are excited to present, Said The Whale with special guests, Dave Monks and Stranger Than Fiction at the Tidemark on September 27, 2019!

After more than a decade together, Said The Whale have arrived at the purest version of themselves. Cascadia is the Vancouver trio’s sixth album, and it sounds like quintessential Said The Whale: with a big-hearted blend of indie rock and atmospheric folk, it perfects all of the elements that have propelled the band to JUNO Award-winning, radio chart-topping success.

Cascadia represents a back-to-basics approach after the synth-fueled experimentation of 2017’s As Long As Your Eyes Are Wide. That previous record was made amidst intense personal turmoil, as band members Tyler Bancroft (vocals/guitar), Ben Worcester (vocals/guitar) and Jaycelyn Brown (keyboards) upended their sound while weathering personal tragedies and the departure of their long-term rhythm section.

This time around, with their personal lives back in order, the timing was right to return to the core of their signature style. “We sat down with guitars again and wrote songs in the way that feels the most natural to us,” Tyler says. “We’re just following the whims of the three of us, and it’s a much more distilled version of what the band is.”

Early recording took place in an assortment of studios across Vancouver and Toronto, including Tyler’s own Ol’ Dirty Bikeshed — quite literally the shed in the driveway behind his apartment. Three more songs were tracked with Hot Hot Heat’s Steve Bays. From there, the group fleshed out the songs with producers Alexandre Bonenfant and Jay Merrow, culminating in a solar powered session at Ben’s family cabin on Gambier Island.

“We were recording in the living room of the cabin,” remembers Ben. “At one point you can hear me drop a plate because I was washing dishes and I didn’t know they had hit record. The whole experience was just totally relaxed and comfortable. We were at home.”

The results capture the rugged warmth of Said The Whale’s West Coast sound. There are full-throated singalongs (“Wake Up,” “Love Don’t Ask”), meditative ballads drenched in moody ambience (“Gambier Island Green,” “Old Soul, Young Heart”), and pop-rock bangers that are guaranteed to become instant favourites (“UnAmerican,” “Record Shop”). Along the way, the listener can hear background chatter and snippets of studio experimentation, making for an album that’s as spontaneous as it is meticulously beautiful.

It’s an ambitious, multifaceted sound that’s reflected in Casadia’s title. “Cascadia is the name of a proposed country made up of British Columbia and the western United States,” notes Tyler. “That’s the physical manifestation of our music.” With rich harmonies drawn from California pop, crunchy guitars rooted in the lineage of Pacific Northwest rock, and naturalistic lyrics inspired by the water and mountains, Cascadia is the embodiment of everything Said the Whale does best.

Sponsored by the Campbell River Mirror, 99.7 2DAY FM and What’s On Digest, the Tidemark Theatre and Got Pop? Concerts presents, Said the Whale with special guests Dave Monks and Stranger Than Fiction at the Tidemark on September 27, 2019. Tickets are $31.50 (+applicable taxes and fees) and can be purchased at the Box Office Tuesday through Thursday between 12 p.m. and 4 p.m. Tickets are also available online: tidemarktheatre.com OR 287-PINK!