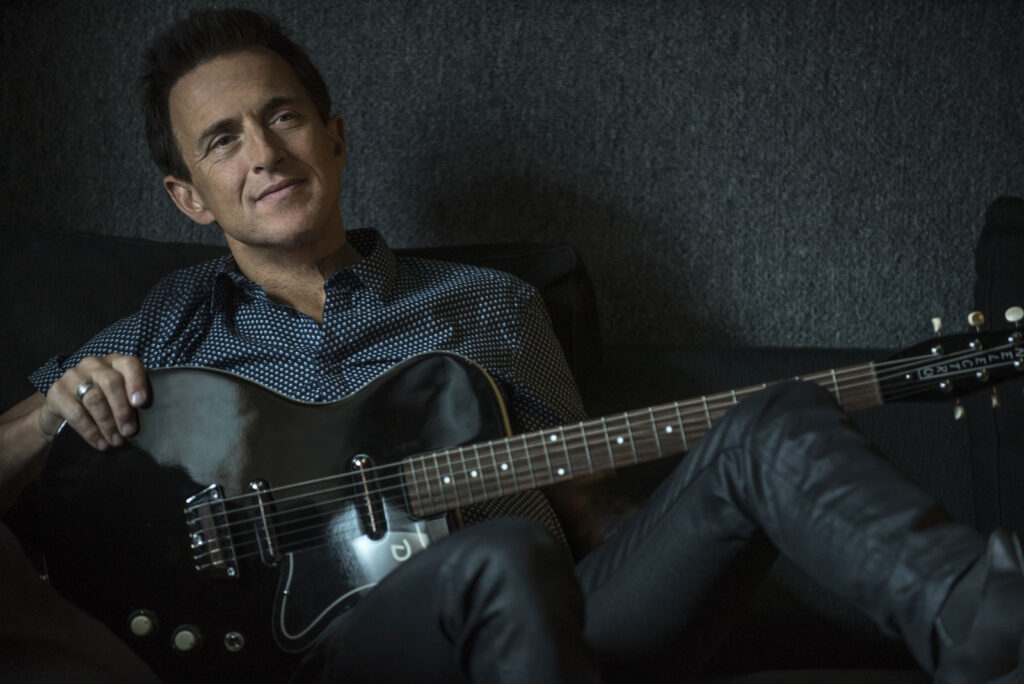 “I’m opening doors for you –walk through them.”

From the prairies of Saskatchewan to sharing the stage with arguably the greatest and most influential guitarists of all time, Colin James still remembers those words of advice given to him by the late, great, Stevie Ray Vaughan.

For every young guitar player growing up in a small town, Colin James’ story is their story – one of drive, passion, ambition and a strong sense that their destiny lay beyond the safe confines of home.

Looking back on a career that now spans two decades, Colin has walked through more than just a few doors to reach the level of success that he enjoys today. He continues to record the music that he loves (having just released his 12th CD, “Rooftops and Satellites”) has sold multi-platinum many times over, and his concert tours continue to sell out coast to coast.

So how did this prairie boy find his way?

During his early years Colin was introduced to all kinds of music by his parents who loved to go to coffee houses and music festivals. It wasn’t long before he picked up a guitar and by his early teens he’d hooked up with groups that were considerably older than his 15 years. They were however, the ones that were serious about their music and he lived for the late night gigs.

By the age of fifteen he realized he was becoming more and more removed from his own peer group. While most would consider this a positive step in the right direction, it had just the opposite effect on Colin. From traditional roots music, he briefly migrated to punk but soon realized this was not going to be his destiny and after a brief flirtation with the idiom, he came to the rather swift realization that he needed to get out of town and start again.

From Regina he moved to Winnipeg and for the next several years he played the festivals before returning to Regina, forming his first band The Hoodoo Men and snagging the opening slot for George Thorogood and John Lee Hooker.

The blues, it seems, was in his blood – he studied the greats – Ry Cooder, Otis Rush, Albert King, Junior Wells and Buddy Guy and Stevie Ray Vaughan to mention just a few – the only thing Colin knew for certain was this was his music.

It would take just a couple of favorable reviews before Colin was to get what would become his most significant career defining moment – opening for his hero, Stevie Ray Vaughan and his band Double Trouble. Stevie took Colin under his wing, and after several shows over the course of 18 months, the kid from Regina with no manager, one guitar, and a different band for every show – became a much sought after talent.

The record labels started to call…and the rest is history!

A consummate professional and a superb guitarist, Colin is a musician’s, musician. The confidence that comes with maturity can be heard in his voice and seen in his electrifying stage performance. He does what comes naturally – he always has – he knows no other way and no other life.

Sponsored by the Campbell River Mirror, What’s On Digest and Coast Discovery Inn, the Tidemark Theatre and Gee Dan Productions proudly presents, The Colin James Trio at the Tidemark Theatre on March 16, 2018.   Tickets are currently sold out, however, interested patrons may contact the Tidemark Box Office to be added to the waiting list:  287.PINK!