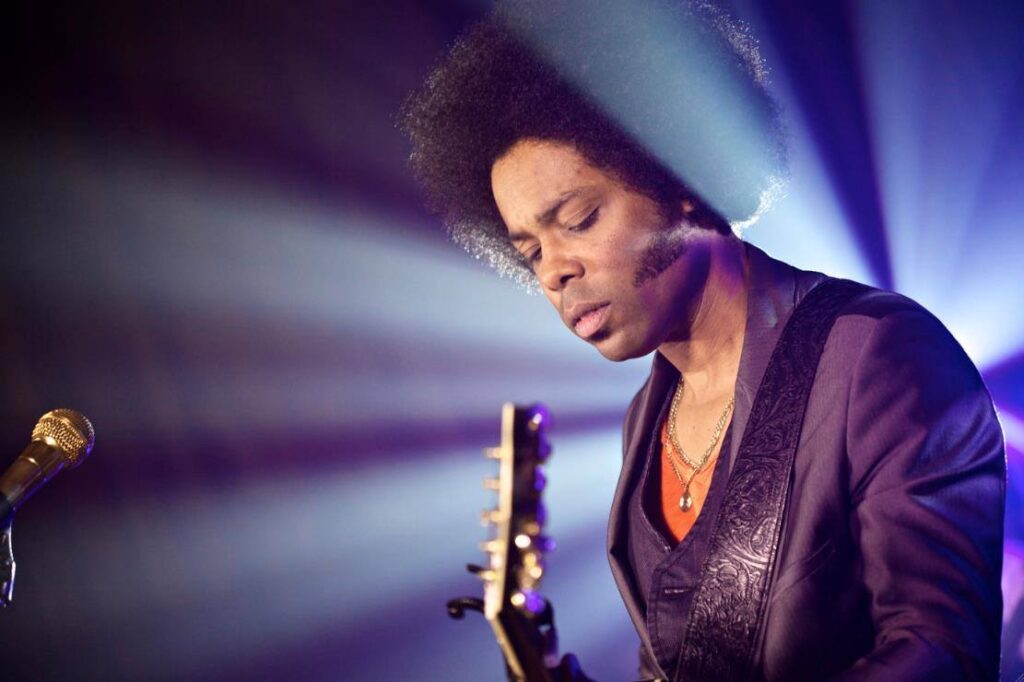 Alex Cuba is a Latin Grammy/Juno winner, singer-songwriter who is not tied to tradition; Alex has a vast musical vision. His sugarcane-sweet melodies, pop-soul hooks and powerful guitar riffs, relinquish a conventional stereotype that exemplifies much of the Latin music landscape. Collaborating with artists such as: Nelly Furtado, Juan Luis Guerra, Juanes and Ron Sexsmith, just to name a few.

Born Alexis Puentes in Artemisa, Cuba, was immersed in music at a very young age. Being in the family business since the early age of 4. This is when he joined his father (respected guitarist and teacher Valentin Puentes), and a group of 24 guitarists in a performance aired on Cuban national TV. Alex then went on to study guitar and bass.

The album features his first ever English track titled “If You Give Me Love”. The album gained great recognition on an international level. In 2010, Alex took home the award for Best New Artist at the 2010 Latin Grammy Awards, where it was also nominated for Best Male Pop Vocal Album. It also followed a nominated for Best Latin Pop Album at the 53rd Annual Grammy Awards and in 2011 Alex took home a BMI Latin Award for his songwriting on Nelly Furtado’s #1 Spanish hit “Manos Al Aire”.

In 2012, Alex released his fourth album “Ruido En El Sistema”, which Alex received his second Socan Hagood Hardy Award for outstanding achievement in Jazz and World Music. He also won his second Latin Grammy Award – this time as a songwriter. Alex alongside his co-writer Yoel Henriquez received the award for Best Tropical Song for the single “Toma Mi Vida” from Milly Quezada’s album Aqui Estoy Yo. In 2013 He again brought home a Latin Grammy for the  video Eres Tu from Ruido En El Sistema, a video produced entirely in his hometown of Smithers.

Songwriting was the focus for the latest album “Healer” that was recorded in New York,  USA and Victoria, Canada. Using a live rhythm section the songs take on a live appeal and Alex traded in horns for guitars and vocal harmonies that take Alex back to his roots. There are five duets with singer-songwriters, five being Canadian, Ron Sexsmith, David Myles, Alejandra Ribera and Kuba Oms as well as New Yorker Anya Marina, who he met on a songwriting retreat in Tulum Mexico. It is an upbeat, acoustic soul album full of optimism and reality as Alex always has a silver lining on melancholy of any form.

Still based in Smithers, Alex Cuba has put together a four piece band of Ian Olmstead on Bass, Jake Jenne on Drums and Jose Sanchez on percussion. Ian and Jake, both from Smithers have known Alex since their high school years and Cuban expat Jose has toured previously supporting the album Agua del Pozo. Coming together for this latest project highlight the songs with lots of melody, groove and vocal harmonies.

Sponsored by the Campbell River Mirror, What’s On Digest and Coast Discovery Inn, the Tidemark Theatre proudly presents, Alex Cuba at the Tidemark Theatre on March 9, 2018.  Tickets are $39 for Members and $44 for Non Members (+applicable taxes and fees) and can be purchased at the Box Office Tuesday through Thursday between 12pm and 4pm.  Tickets are also available online:  tidemarktheatre.com OR 287.PINK!