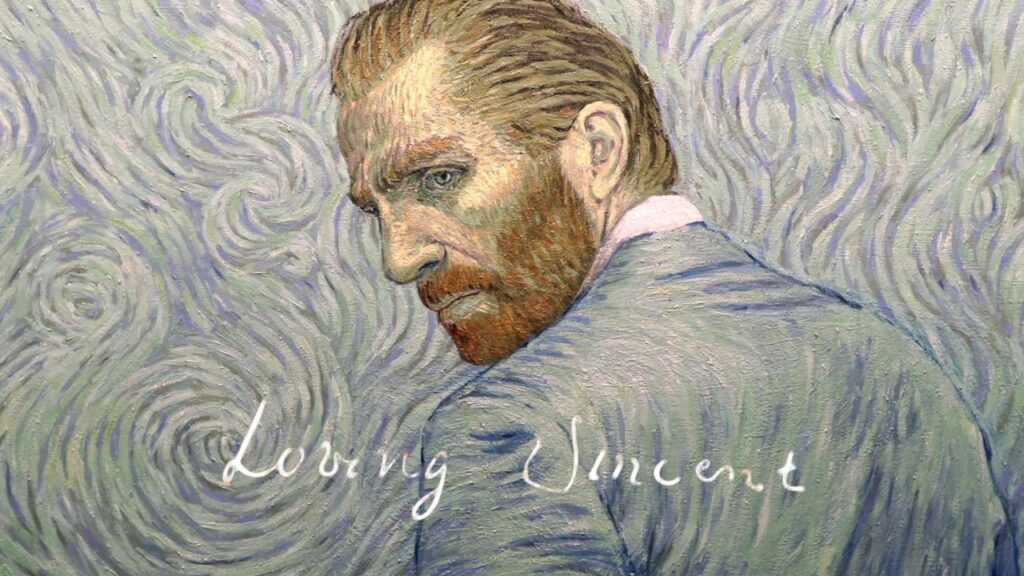 The Campbell River Art Gallery and Campbell River Festival of Films are pleased to present the Oscar nominated film, LOVING VINCENT at the Tidemark Theatre on March 6th!

On July 27, 1890, a gaunt figure stumbled down a drowsy high street at twilight in the small French country town of Auvers. The man was carrying nothing; his hands clasped to a fresh bullet wound leaking blood from his belly.

This was Vincent van Gogh, then a little known artist; now the most famous artist in the world. His tragic death has long been known, what has remained a mystery is how and why he came to be shot. Loving Vincent tells that story.

Loving Vincent is the world’s first fully oil painted feature film. Written & directed by Dorota Kobiela & Hugh Welchman, produced by Poland’s BreakThru Films & UK’s Trademark Films. The film brings the paintings of Vincent van Gogh to life to tell his remarkable story. Every one of the 65,000 frames of the film is an oil-painting hand-painted by 125 professional oil-painters who travelled from all across the world to the Loving Vincent studios in Poland and Greece to be a part of the production. As remarkable as Vincent’s brilliant paintings, is his passionate and ill-fated life, and mysterious death.

No other artist has attracted more legends than Vincent van Gogh. Variously labelled a martyr, a lustful satyr, a madman, a genius and a layabout, the real Vincent is at once revealed in his letters, and obscured by myth and time. Vincent himself said in his last letter: ‘We cannot speak other than by our paintings’. The film takes him at his word and lets the paintings tell the real story of Vincent van Gogh.

This special film event is a fundraiser for the Campbell River Art Gallery, made possible with the support of the Campbell River Festival of Films. Tickets for the screening are $12, or $10 for Winter CRFF Pass Holders (includes GST, +applicable fees) and can be purchased at the Tidemark Theatre Box Office Tuesday through Thursday between 12pm and 4pm.  Tickets are also available online:   tidemarktheatre.com OR 287.PINK! Enjoy an Oscar nominated art house, biopic AND support our local art gallery!