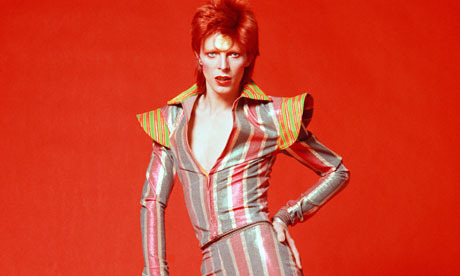 David Bowie, of course, is one of the most influential artists in the history of modern music.

“There’s not many modern musicians who haven’t been touched by Bowie in one way or another,” says the shows musical producer, Doug Cox. “As soon as the word got out we were doing this show, musicians started getting in touch to see if they could participate – it’s been quite amazing to see the interest!” Cox adds, “These in-the-round shows are a blast for the musicians involved and the audience. It’s like a modern variety show where each person in the group gets to take a turn stepping up front for a couple of songs and then, stepping back to be a supporting band member. The audience loves it because they get a taste of what each person on stage does and at the same time, they get to watch the musicians enjoy each other in a show that isn’t part of their normal touring activity. And – after all, it’s David Bowie songs; what an incredible catalogue to choose from!”

Join an inspired, diverse group of Canadian singers/musicians as they celebrate the songs of Bowie in this in-the-round concert performance.  The talent line up for the show includes:  Doug Cox, Helen Austin, Linda McRae, Rick May, Robin Layne, Sam Hurrie and Shaun Verreault (of Wide Mouth Mason)

Sponsored by the Campbell River Mirror, 2Day FM, What’s On Digest and Coast Discovery Inn, the Tidemark Theatre and Vancouver Island MusicFest proudly present, Starman:  An Acoustic Evening of David Bowie Songs at the Tidemark Theatre on February  5, 2016.   Tickets are $32 for members and $37 for non-members (plus applicable taxes & fees) and can be purchased at the Box Office on Tuesday or Friday between 12pm and 4pm.  Tickets are also available online:  tidemarktheatre.com.