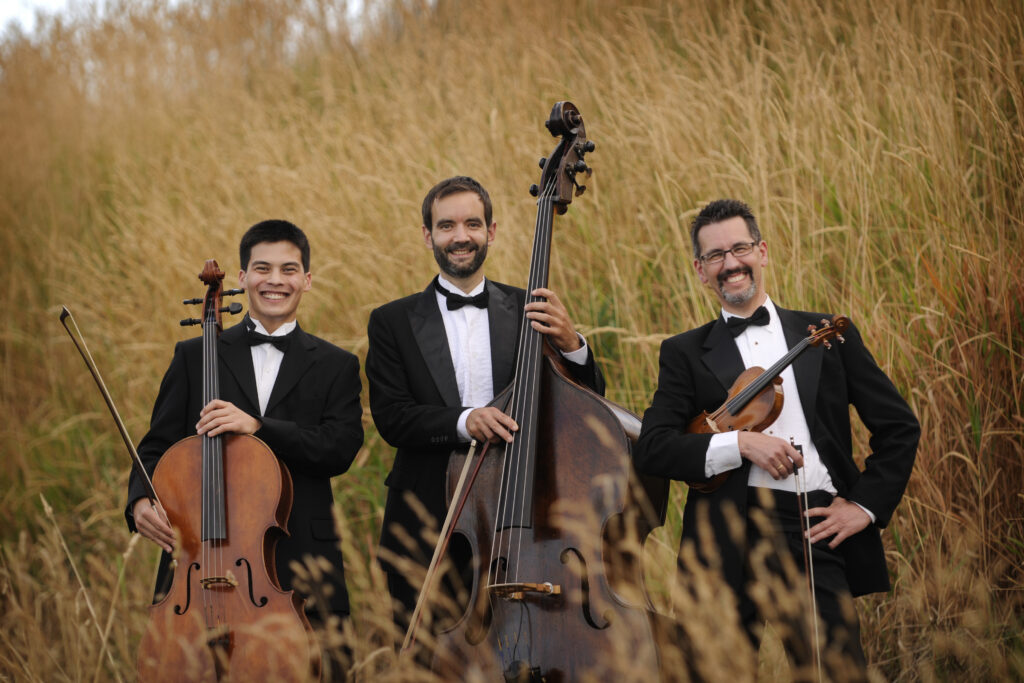 There’s a wonderful story that underscores the incredible genius of Mozart.  On the night before the premiere of his famous opera Don Giovanni, Mozart was out on the town drinking with friends when one of them remarked that Mozart had yet to write the opera’s overture.  Stumbling back to his rooms around midnight, he had his wife tell him stories to keep him awake while he composed one of the most striking overtures ever written.  The ink was barely dry on the copies of the overture as they were handed to the orchestra’s players just before the curtain went up.

Conversely, it has taken Vancouver Island Symphony’s Artistic Director Pierre Simard several months to arrange the music from Mozart’s Don Giovanni into a “pocket opera” to be performed at the second of the Symphony’s SoundBites program on Friday, March 24th.

The Vancouver Island Symphony’s SoundBites program format was introduced this season to allow for a more intimate and accessible audience experience.  The hour-long program is performed by a 15-member chamber orchestra rather than the full orchestra, and offers the audience a more pared-down and casual format which has been very positively received.

Of course there are unique challenges to translating a this opera into an intimate chamber orchestra version.  Luckily, Pierre has had the help of 19th-century composer Josef Triebensee, who had arranged the opera for an octet of wind instruments nearly two hundred years ago.  Working from Tribensee’s score, Pierre added his own flourishes and richness by reintroducing strings, trumpet and timpani, making this performance of Don Giovanni truly unique – and something audiences will never hear again anywhere else.

But isn’t a large element of Mozart’s greatest opera at risk of being lost in translation – particularly without the lyrics? Pierre doesn’t think so.  “It may seem like sacrilege, to feature the opera without any voices,” he muses.  “But the music is so perfect – it deserves to be featured”.  For those who are worried they will miss out on the key plot points, Pierre will be narrating the story between arias, setting the scene and then letting the music itself tell the infamous tale of the Italian seducer and scoundrel who eventually gets his comeuppance.  The chamber ensemble will take the audience through some of the best arias from the opera – “La ci darem la mano”, “Vedrai, carino” and the “Catalogue Aria” will be instantly recognized by anyone who has ever heard them.  Although some of the music needed to be cut in order to fit into the hour-long program format, Pierre promises this won’t detract in the least from enjoying the fullness of what is, in his words “the greatest opera ever written”.

More than 200 years after his death, Mozart remains one of the most popular classical composers whose profound artistic influence is indisputable.  Pierre tells me that “any given second, somewhere in the world, Mozart is playing.  He is the most perfect composer whose music speaks clearly and directly to the heart and soul of any human being.”

Mozart Spirit – a SoundBites program – is sure to appeal to a variety of audiences.  Whether you are looking to check out the symphony for the first time without the commitment of a full orchestral program, or a veteran concert-goer keen to experience a unique and more intimate experience with classical music.  Or maybe you just want to check out a pared-down version of one of the most infamous overtures in musical history after sampling some tasty local treats.  Whatever your motivation, make sure you attend Mozart Spirit at the Tidemark Theatre.

Pre-show concert talk with the conductor, Pierre Simard, from 6:15-6:30 pm Concert from 7:00-8:00 pm Concert followed by a reception with light desserts and a meet and greet with the musicians!

Sponsored by the Campbell River Mirror, Coast Discovery Inn and What’s On Digest, the Tidemark Theatre proudly presents, Mozart Spirit at the Tidemark Theatre on March 24, 2017.   Tickets are $42 Members, $47 Non-Members (plus applicable taxes & fees) and can be purchased at the Box Office Tuesday through Friday between 12pm and 4pm.  Tickets are also available online:  tidemarktheatre.com.