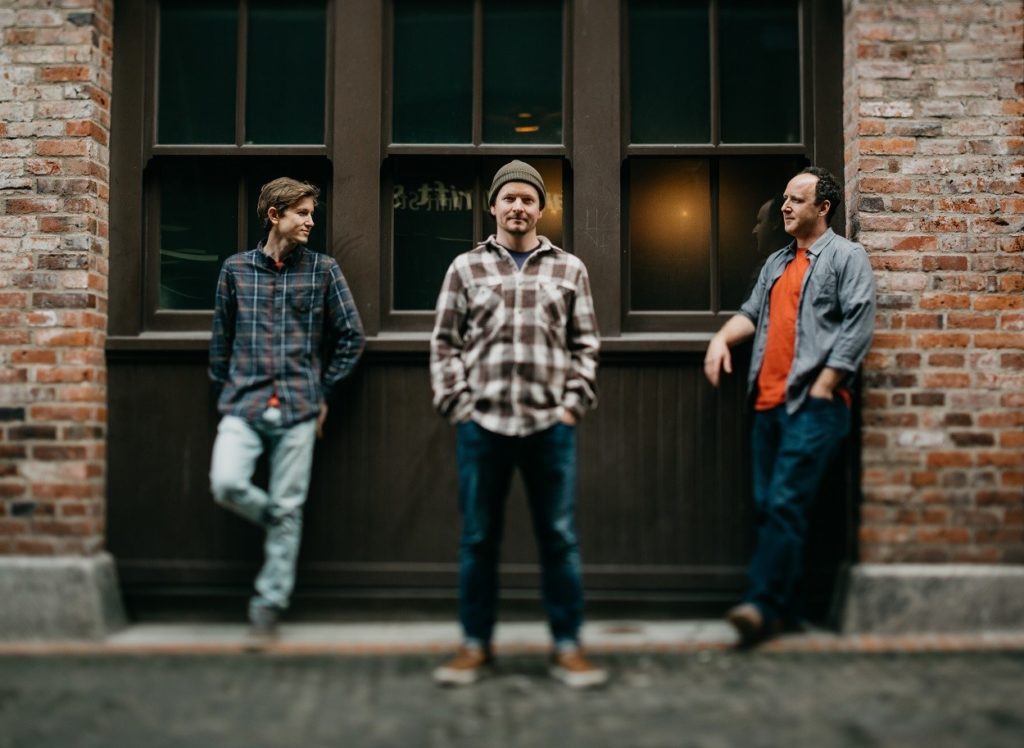 Jon and Roy are bringing their annual Holiday Special to the Tidemark Theatre for one night of festivities!  A festive tradition in Victoria now in its 10th year, the show featuring multiple acts has expanded in recent years, making it’s way to other parts of the island. This revue type show offers three acts doing short sets followed by an intermission and headline set by Jon and Roy.  Joining Jon and Roy are Eric Earley of Blitzen Tapper, Hannah Georgas and lo-fi-psychedelic Victoria rockers Loving round off the line up.

Over the course of 18 years, nine albums and several Rolling Stone nods later, Blitzen Trapper has crafted one of the more compelling and varied catalogs in contemporary rock and roll while also remaining at the forefront of modern Americana.  Singer and guitarist Eric Earley, who is also the Portland, Oregon-based band’s primary songwriter, is possessed of a musical and lyrical sensibility that is remarkably deep and wide; big ideas and universal emotions are wrung from the seemingly plainspoken details of small-screen and often highly personal stories, and set to music that reaches way, way back to old-timey folk and bluegrass, travels through everything from country, psychedelia and soul to prog, garage and metal, indulges gloriously in the classic rock of the 70s and 80s, and makes occasional side trips into hip-hop, skewed pop and noisy freak-outs.

The opening moments of Hannah Georgas’ sprawling and lyrically-evocative new album, For Evelyn, highlights Hannah’s seemingly endless capacity for crafting textured pop songs that confound her audience’s expectations, setting the stage for her most ambitious and personal record yet. With its dreamy soundscape, For Evelyn is named after Hannah’s “compassionate, patient, kind and beautiful” 98-year-old grandmother, who has been a lifelong inspiration to her. Over two full-length albums, This is Good (2010) and 2012’s self-titled follow-up, Hannah has traversed a carefully constructed soundscape that never fails to surprise and enchant its listener. Since her debut, the Toronto-based musician has won numerous awards and racked up multiple nominations, including four JUNO nods, for everything from Best New Artist to Songwriter of the Year. Hannah has toured the world, sharing stages with the likes of Kathleen Edwards, City and Colour, and Sara Bareilles, playing everywhere from Madison Square Garden to the LA Greek Theatre. Hannah’s music has also been featured on HBO’s hit show, Girls.

Loving is a Victoria basement-based trio comprised of David Parry, and brothers Lucas and Jesse Henderson. The group came together several years ago as a result of their shared summers working in the capitalist ruins of British Columbia’s forests. Together they create a warm and dreamy sonic landscape kept adrift by existentially-oriented lyrics and an unspecified, encompassing sense of nostalgia. The group is presently adding the finishing touches to their first LP, slated for release in late 2018.

Sponsored by the Campbell River Mirror, What’s On Digest and Coast Discovery Inn, the Tidemark Theatre proudly presents, the Jon & Roy Holiday Special at the Tidemark Theatre on December 6, 2018.  Tickets are $34 for Members and $39 for Non-Members (+applicable taxes and fees) and can be purchased at the Box Office Tuesday through Thursday between 12pm and 4pm.  Tickets are also available online:  tidemarktheatre.com OR 287.PINK!