Campbell River Festival of Films Brings in the Best of TIFF 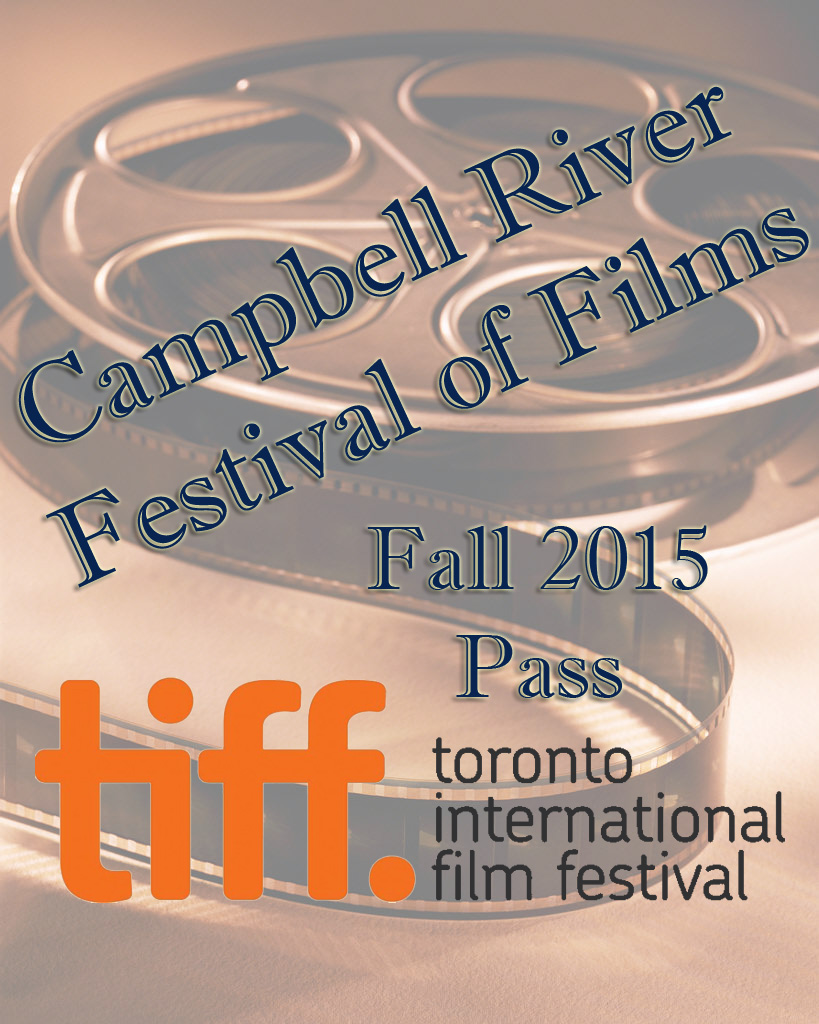 The Campbell River Festival of Films has just launched its 2015 fall season.  In partnership with the Tidemark Theatre and the Toronto International Film Circuit, the Film Festival will present its unique program of films and shorts on the following Tuesdays – September 22nd, October 6th, October 20nd, November 3rd, November 10th and December 1st.  All films start at 7:00 p.m. with doors opening at 6:30 p.m.

The 2015 season’s passes are on sale now at the Tidemark Theatre ticket office and on-line at tidemarktheatre.com.  The passes will sell for $45 plus applicable fees and entitle the holder to five wonderful films plus a series of shorts and draws at each screening.  Individual tickets may be purchased at the door for $12 each. This season, a bonus sixth film has been added to the line up. Local filmmaker Damien Gillis will be here in person to introduce his latest film, Fractured Lands, and answer questions after the screening.

This partnership with the Tidemark Theatre enables many people in our community to enjoy the unique films and also appreciate the wonderful ambiance of the theatre.  With the doors opening at 6:30 p.m. and movies starting at 7:00 p.m., patrons have time to gather in the lobby before the movie to enjoy a glass of wine and visit with friends and other moviegoers.

The Festival is a successful partnership that was established 19 years ago with the Toronto International Film Festival film circuit.  This partnership allows the Campbell River group to book films and shorts directly from Toronto that would not normally make their way to our Campbell River movie theatres.

This fall season begins with Wild Tales on September 22nd followed by Monsoon on October 6th. Grandma will be featured on October 20th with Fractured Land playing on November 3rd and Remember showing on November 10th.  The season finale, What We Did On Our Holiday, will be on December 1st.

The organizers want everyone to know that all proceeds go directly back to our community.  Each year, bursaries and camera equipment are given to local students and schools.  In previous years, the Festival has put on bonus screenings that have helped to raise thousands of dollars to support various worthwhile programs in Campbell River.

So, head down early to The Tidemark Theatre Box Office or log in online to purchase your seasons passes before they sell out!  For further information, please contact the Tidemark Theatre at tidemarktheatre.com or CRFF at camrivff@gmail.com