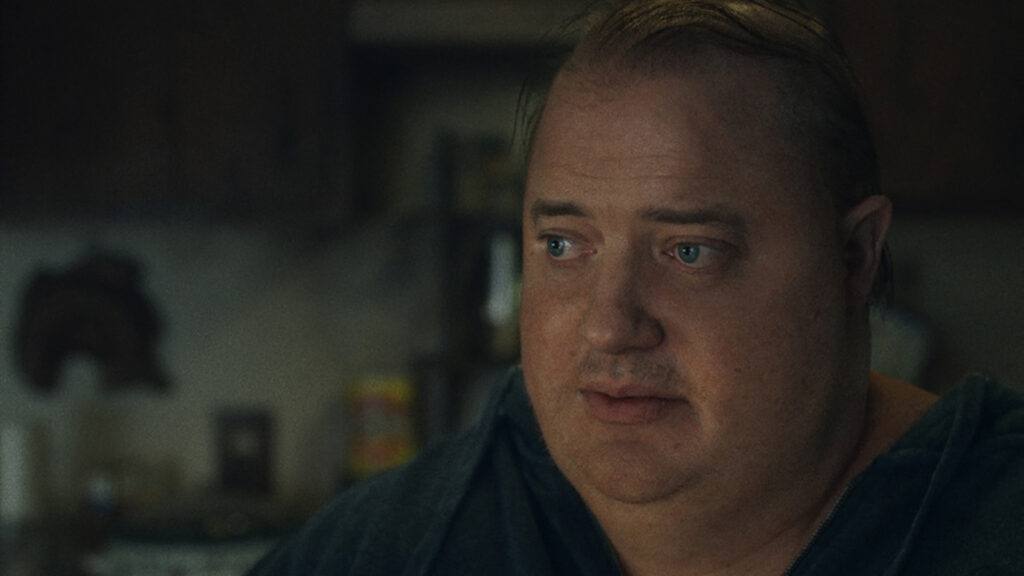 Writing instructor Charlie (Fraser) never seems to have his webcam enabled while teaching online. He makes excuses and is so good-natured that no one makes a fuss, but the real reason for his invisibility is his appearance. Charlie weighs 600 pounds. When his obesity starts to pose a grave threat to his health, his friend Liz, a nurse, begs him to check into a hospital, but also recognizes that it might be more important to simply offer support.

Charlie’s current status quo is upended by the return of his long-estranged adolescent daughter, Ellie (Sadie Sink), though her willingness to resume a relationship seems prompted as much by Charlie’s offers to ghostwrite her school essays as it is by her sense of familial loyalty. Meanwhile, Charlie receives visits from a door-to-door evangelist (Ty Simpkins) who engages him in a dialogue about redemption that, despite Charlie’s lack of religious inclination, proves surprisingly resonant. Can any of these folks, regardless of their personal agendas, serve as the lifeline to self-acceptance that Charlie so urgently needs?

The Whale invites us to identify with a man in a precarious state of isolation that has been exacerbated by a potentially lethal mix of technology and our culture of body shaming.

“Alongside The Wrestler, The Whale is Aronofsky at his most compassionate. It’s a gargantuan invitation to empathy and understanding.” –John Bleasdale,
Cinevue

Rated R for language, some drug use and sexual content