Victoria Indie-Rock Band Current Swell is “Rollin’” Into the Tidemark 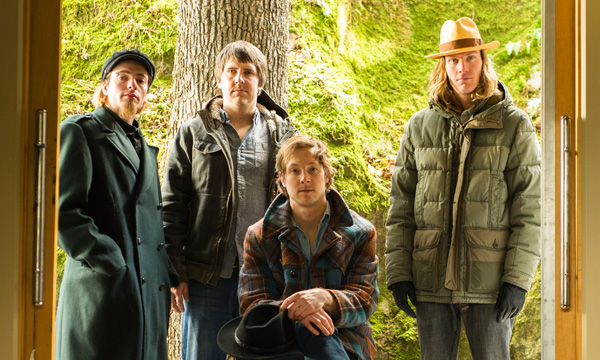 Current Swell are back on the road after an exciting summer of festivals and are looking forward to playing their way across Canada this fall.  The band’s four-piece lineup will be joined by trombone/trumpet duo Dope Soda Horns, who promise to boost the overall live show performance and take the fan experience to the next level.

Cultivating the unique moments when a first take becomes the final cut, or when a fleeting idea turns into a fully realized creation, has become something of an unofficial philosophy for Current Swell.

From appearances at key festivals from Australia to Canada (Byron Bay Bluesfest, Peats Ridge, Rock The Shores, Ottawa Blues Festival and more), to sold-out headline tours of Brazil, to support slots with such established artists as Dispatch, Xavier Rudd, K’Naan, The Tragically Hip and even The Beach Boys, Current Swell’s infectious sound and raucous live shows have earned the quartet scores of devoted fans around the word. In 2012, Current Swell earned first place at Vancouver’s Peak Performance Project and headlined a Canada Day concert to a crowd of 45,000.

Music fans across North America first caught wind of the group through “Young and Able,” which became a word-of-mouth YouTube success in 2010. Not long after, the group broke big with 2012’s Long Time Ago, its first worldwide release. These recordings inspired fans from across the globe to create hundreds of tribute videos of the hits – some of which weren’t in English – and opened new doors for the group.

The success of the album led to a run of dates across Europe, Australia, Canada and the U.S. These and other key festival dates (Byron Bay Bluesfest, Peats Ridge, Rock The Shores, Ottawa Blues Festival, Rifflandia Festival and more) would help to introduce the band’s textured, deep-groove roots music (some of which is punctuated by Stanton’s lap steel guitar work) to a larger international audience of both fans and music industry supporters.

With its core fan base demanding new music, the band slowly began showcasing its new material in concert during the summer of 2013. A half-dozen songs from Ulysses were in and out of the band’s set at a few shows, which gave Current Swell immediate feedback on its progress, Lang said. “It’s interesting what you learn in front of an audience. It is so easy to see what needs to be tweaked when you are playing it for someone who is a blank slate.”

Current Swell has every intention of adding to its international legacy with Ulysses. There is an inherent sense of confidence in the group, one that comes from its years of shared experience.  With so much set before them, there’s no telling where the year will take the band. And in a lot of ways, that uncertain aspect of the journey is what keeps Current Swell bent on moving forward, Lang said.

Sponsored by the Campbell River Mirror, 2Day FM and Coast Discovery Inn, the Tidemark Theatre proudly presents Current Swell at the Tidemark Theatre on December 3, 2015.   Tickets are $32 for members and $37 for non-members (plus applicable taxes & fees) and can be purchased at the Box Office on Tuesday or Friday between 12pm and 4pm.  Tickets are also available online:  tidemarktheatre.com.