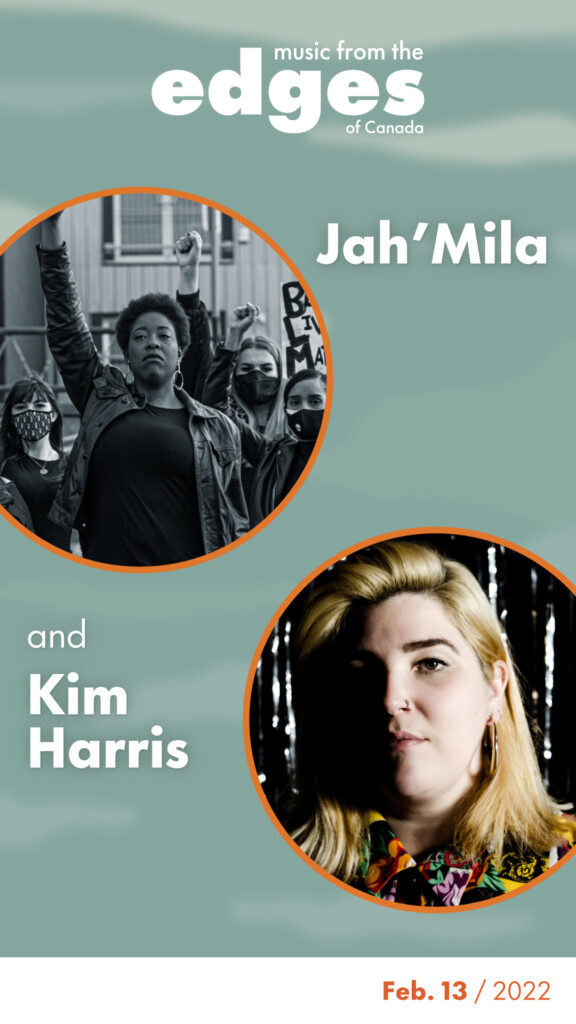 Jah’Mila + Kim Harris (Music From the Edges of Canada)

The Tidemark Theatre is excited to present Jah’Mila and Kim Harris, in partnership with Music From the Edges of Canada!

Jah’Mila, born Jhamiela Smith in Kingston Jamaica, has been a beacon for Jamaican music and culture with her talent for singing and positive messages of hope.

Long playing the role of reggae ambassador, Jah’Mila has been sharing international stages with the likes of The Wailers, Groundation and Grammy award-winning reggae band Black Uhuru, including Sly and Robbie, for over 10 years. Being born into the very roots of the reggae family tree, she bears high respect for the craft and understands the importance of her role in preserving and performing quality live reggae music.

As the daughter of internationally respected musician and Wailer alumni, Earl “Chinna” Smith, music became an inseparable part of her life from an early age. She was born with a melody in her heart and a fire in her soul.

Kim Harris’ lush, emotionally driven alternative pop is rich, deep and moving. Her sophomore album, Heirloom, was named by CBC Music as one of the top 25 Canadian albums to look for in 2020, and received an 8/10 review from  monthly Canadian music magazine, Exclaim!

Harris has been hailed by CBC Music as “the mightiest voice coming out of the East Coast” and has shared the stage with artists like Jenn Grant and Amelia Curran. Heirloom was recorded with award-winning producer Daniel Ledwell and released in January 2020 on LHM Records.

“Heady and intoxicating in every sense, Kim’s music should come with a warning label; she will absolutely leave you wanting—craving more.” – Jen Ochej, Sea Legs Collective