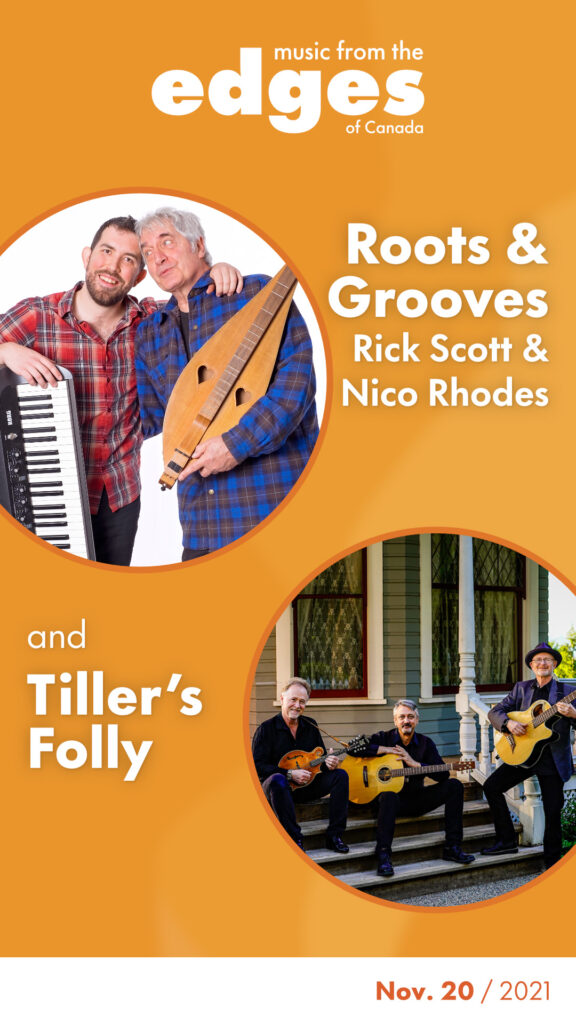 Roots & Grooves + Tiller’s Folly (Music From the Edges of Canada)

The Tidemark Theatre is excited to present Roots & Grooves and Tiller’s Folly, in partnership with Music From the Edges of Canada!

Forty years apart in age, Rick and Nico blur all boundaries: in a word, they cook! Roots & Grooves is a musical conversation spiced with mastery, mischief and improvisation. Since launching this duo in 2017, Rick and Nico have amazed audiences with their musical alchemy in theatres, festivals and folk clubs around BC.

West Coast Celtic Roots band Tiller’s Folly has been telling tales as old as time with a modern lyrical twist, and a penchant for stirring tales of intrigue and adventure, inspired by true-life heroes and villains – backed by their potent mix of acoustic Celtic-influenced roots sound.

Across nine albums Tiller’s Folly has united communities across the globe with songs steeped in Scottish, Irish and Canadian west coast tradition.

Indeed, the Tiller’s Folly live experience is where the talented trio truly shines, having performed to thousands over the journey at major festivals throughout the US, Canada and the UK.