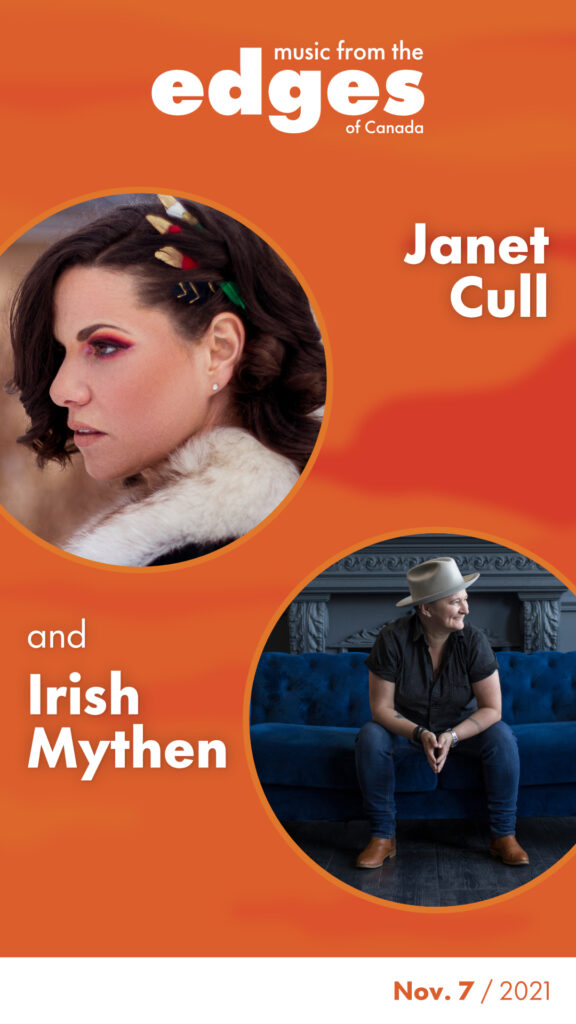 Janet Cull + Irish Mythen (Music From the Edges of Canada)

The Tidemark Theatre is excited to present Janet Cull and Irish Mythen, in partnership with Music From the Edges of Canada!

Janet Cull had an immediate impact on the Newfoundland and Labrador music scene upon her arrival in the early 2000’s with the album The Janet Cull Band, which earned MusicNL awards for “Album of the Year” and “Group of the Year”. Her next full-length release, in collaboration with Kelly-Ann Evans entitled People Get Ready, garnered an East Coast Music Awards nomination.

In August 2021 Janet released the much anticipated Hear It; an album that at its heart is a reflection of her (and our) often complicated relationships, expressed through a voice unlike any other in Canada.

Having firmly established her reputation in NL, Janet is now poised to make her mark everywhere with 12 songs that one could be forgiven thinking were recorded in Memphis or Muscle Shoals in the early ‘70s.

Irish Mythen was born in Ireland and now resides in Charlottetown Prince Edward Island Canada. “This Island creates music and musicians, art and artists. I found a shift to take things more seriously when I moved here.” And she did just that.

Irish’s live performances are a thing of raw power, emotion and a connection with her audience that just has to be seen to be believed.